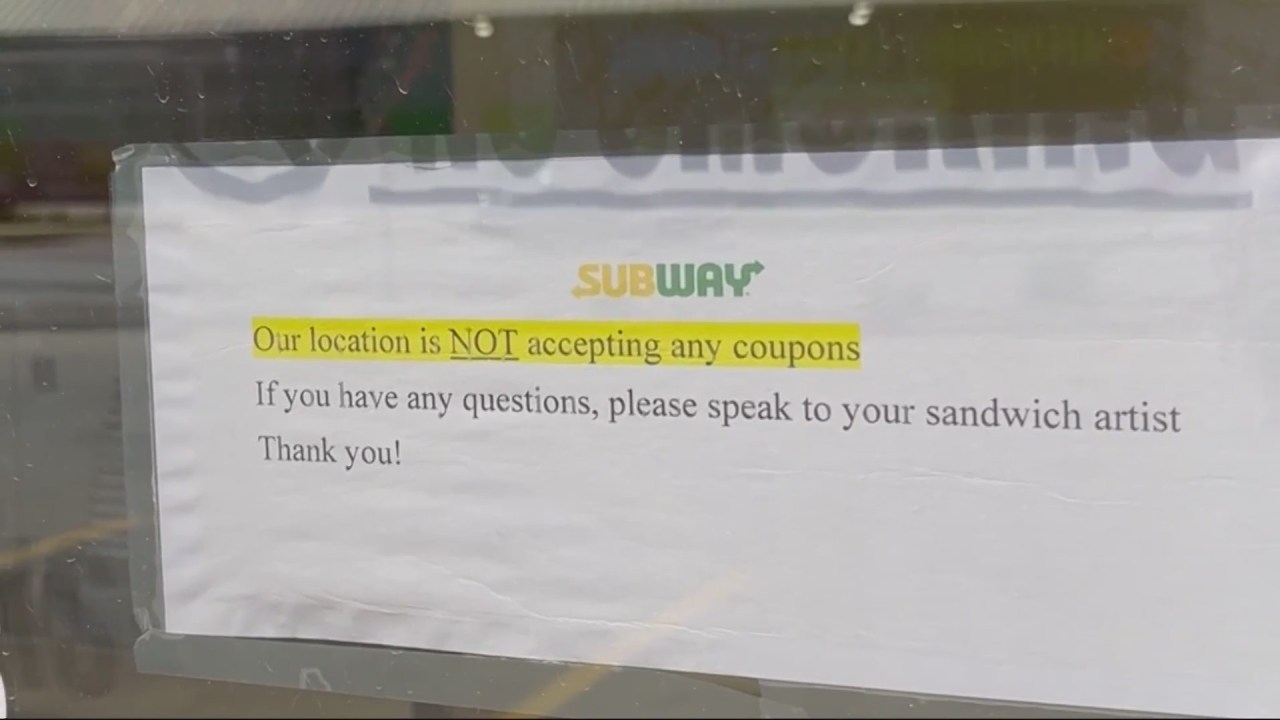 DES MOINES, Iowa — With the rising price of food, one restaurant is no longer accepting it’s company coupons. The Subway in Harding Hills shopping center in Des Moines is one of several that have chosen to no longer honor Subway coupons issued by their home office.

“We used to take coupons until about February of this year,” said Brianna Alexander, manager of the store. “Prices of turkey went up, bacon has gone up about 20 percent since 2020, so every year it keeps climbing.”

A sign went up to advise customers that the coupons would not be accepted.

“Some customers you know, they’ll be like why, and say, you know it’s a management decision, or you know if we keep giving stuff away we can’t keep the business open, we’re not a corporate, we are individually owned,” said Alexander.

Some of the food supplies have been hard to find thanks to the High Path Avian Flu.

As challenging as it has been finding chicken and turkey meat, and rising prices, that’s not even the biggest challenge here.

“During these times it is impossible, I can’t keep employees for nothing,” said Alexander. “I’ve had in the last two probably last three weeks I’ve hired ten people, not one of them showed up.

Alexander said she hopes customers will be patient with the staff at her restaurant, as some days they are short handed.  She added that some Subways do take coupons and it’s best to call ahead if you hope to use a coupon.