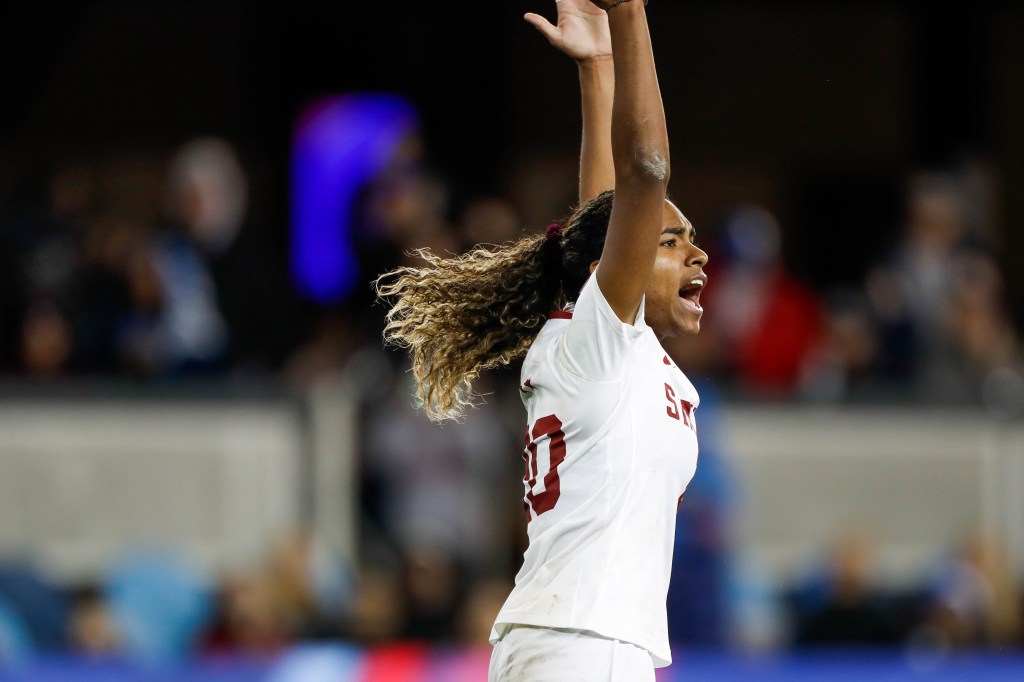 Stanford senior Catarina Macario announced that she has become a U.S. citizen, a major step toward playing for the women’s national soccer team.

Macario is a two-time reigning college player of the year who was born in Brazil. Many soccer analysts expect her to become the next major world star.

She received her first invitation to a U.S. women’s national team camp Thursday but cannot represent America until getting approval from FIFA, soccer’s international governing body.

“There is still a ways to go to play for the USA but I am filled with love and eternal gratitude for my family, my teammates, my coaches and trainers and so many others who have been part of my journey,” Macario said in a Twitter post late Thursday.

She has 63 goals and 47 assists in 68 games for Stanford, which has won two College Cup titles with Macario. The fall season has been postponed because of the novel coronavirus pandemic.

The striker landed in San Diego in 2012 with her father and brother while her mother, a surgeon in Brasilia, stayed behind. Macario has said she felt at home in the United States almost immediately and wanted to stay.

“I know there’s still so much work to come to accomplish my goals and dreams,” she said in the tweet. “But I lay my head on my pillow tonight for the first time as a U.S. citizen … and soon to be a registered voter.”

“She will score goals that will never be forgotten,” he said. “She’s on the path to be the greatest women’s soccer player to play the game. It’s a big statement but it is one I really believe.”