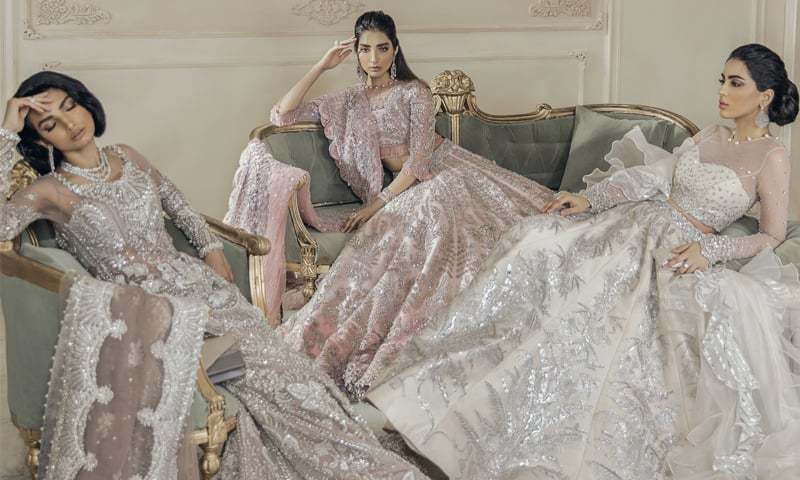 The audience sat distanced from each other — but many took off their masks once seated. There was a smattering of famous faces and media and plenty of statement-wear. At fashion week, in a longstanding global fashion capital, the clothes off the runway tend to be as exciting as those on it. Picturesque but open-spaced corners across Milan were selected as venues: gardens, expansive museum halls or the historic Metropol cinema, a mainstay for fashion shows by Dolce & Gabbana, transformed this year into a heady, hypnotising patchwork of Sicilian influences.

Earlier this year, Milan was one of the cities that was worst hit by Covid-19. And yet, one of the most illustrious fashion events of the year, the SS21 edition of the Milan Fashion Week, just wrapped up in the city, presenting a mix of digital as well as live shows. Milan’s spirit, inextricably linked to its illustrious fashionscape, was well on its way to reviving.

And so is the world’s. For a few months, humankind relied heavily on cyberspace for communication and entertainment. Fashion, a luxury commodity struggling to survive while the economy floundered, tried to make do with glamorous, high-end virtual shows. But a virtual world can’t replace the real one and a virtual show simply can’t be the same as the live one.

How can the buzz of the catwalk and the front row be simulated with gadgetry? How can the fall of a garment, a well-placed stitch, the back and the side-seams be appreciated when seen through a computer screen? A virtual show tends to be more like a presentation, with designers zooming in on angles and details that they want to highlight. It was always acknowledged that it was merely a temporary replacement for its physical counterpart, only until the coronavirus was eliminated.

But with time, it became evident that the virus was going to be around for a while, and squaring their shoulders, mindful of a sturdy list of SOP’s ensuring some semblance of safety, runways around the world were rolled out again. The SS21 global fashion week season, always scheduled for around this time of the year, dabbled with a slew of live shows in New York, Paris and Milan. Guests could attend physically or they could opt to livestream the shows digitally from their homes.

Even as one cheers for the return of the fashion show cycle, Covid-19 continues to be the persistent elephant in the room, threatening to stomp over even the best-laid plans

Closer to home, fashion shows have also made their tentative beginnings. Taking the lead is bridal-wear heavyweight Elan, with yesterday night’s presentation at the Maison Elan, the brand’s Karachi flagship venue.

A select, small audience was invited and the models milled about them, twinkling in heavily embellished wedding wear. Actress Sana Javed, the celebrity showstopper for the evening, added an extra dose of glamour. But even on its own, it was a glamorous night. For those of us who have attended Elan’s solo outings in the past, the event may have had been sized down, but it still offered the brand’s quintessential experience: florals, elegant lighting, clothes in a signature subtle palette, a curated, dazzling guest list and the Maison itself, a historic structure artistically blended with modern glass and interiors.

It was a show, with Nabila’s stylists hard at work at the back-end, but it was also a fashion soiree — there had been none of those in the past many months and it felt good to attend one. Nevertheless, why organise an event at all in these pandemic-ridden times, when clientele for wedding-wear is bound to be less than usual? With the economy still in crisis, budgets are running low and sized-down weddings have meant that heavily embellished clothes are generally low in demand. Why did Khadijah Shah, Elan’s Creative Director, still want to go ahead with a fashion presentation?

According to her, the market has been picking up of late. “Weddings are still being planned out and so, the customers are still coming,” says Khadijah. “Every year, we have a new wedding-wear collection ready around this time, and we usually showcase it and then begin taking orders for it. I just wanted to do the same this time. So far, my solo shows had all been in Lahore but the Karachi Maison Elan is a beautiful venue. It was my own private space and I could control the crowds and make sure that SOP’s were being followed. Also, so many people in Karachi still aren’t aware of the Maison and I wanted to publicise it.”

A lot of local bridal-wear designers have shifted focus towards lightly embellished apparel this season, catering to the many scaled-down weddings that are expected to take place this winter. What prompted Khadijah to still invest in some very heavy pieces? “Again, I felt that there was a demand for our heavier pieces as well as our lighter ones, which is why I showcased a mix of both,” she says.

Not every brand can talk as optimistically about customer demand but it is heartening to write about even one who says that business is doing well. For far too long, the Pakistani fashion fraternity has been talking about much else: bankruptcy, lack of government support, low sales due to no weddings and the constant worry that, with a pandemic at large, customers may end up ignoring a luxury entity like fashion for a very long time.

Now, the narrative is slowly, surely changing, although the focus remains on wedding-wear, the main revenue-earner for most designers in Pakistan. Dotting the fashion calendar in the months ahead, are a few events mostly catering to the bridal market.

Designer Deepak Perwani, for instance, is tentatively eyeing November 10 for a solo wedding-wear show of his own, at a private venue, with a very limited audience. “We are working on a 40-piece collection, with 20 designs for women and 20 for men. Tariq Amin will be the official stylist,” says Deepak. “It is our brand’s philosophy to always show our lightly embellished designs before wrapping up the show with the heavier pieces, and that’s the format that we will be working with. We’ll basically be presenting options that traverse a wide price range and designs.”

“And everyone’s going to be seated in the front row!” laughs Deepak. “At least that will make people happy.”

No grandmas this year at FPW!, says Maheen Khan

The eternal fights over front row spots are also not going to be an issue at Fashion Pakistan Week (FPW), which is set to take place on December 6 and 7. Chairperson Maheen Khan is planning a random, spaced-out seating plan for a guest list that will be very limited. “Fashion week needs to be propelled by business rather than society,” says Maheen, “and I’m going to eliminate unnecessary guests from the audience. We don’t need socialites in the audience and we are not interested in celebrities taking up space, unless they are wearing designer-wear, and are creating hype for the designer. We certainly don’t need to appease designers who insist on taking up 10 seats for their uncles, aunts, children and grandmothers. We are not putting up a mela or a rock concert — it’s fashion and it has to be exclusive and it has to mean business.”

Instead, the all-new improvised guest list will focus largely on media attendance — “people who can multiply our audience from a hundred to 1,000 by publicising the shows,” says Maheen.

There are more plans underway to keep the event as safe as possible. The official stylists for the event, the Depilex group, will be getting the models ready at their salon while a single make-up station will be set backstage for touch-ups in between shows. Accessorising the models will not be allowed. Celebrity showstoppers will be expected to come to the event already dressed for the catwalk. Jaffer Hassan, as the official photographer, will be providing images to the media so that the usual crowds of photographers do not have to be accommodated.

“I have told designers to limit their collections to 10 outfits, although they may show wedding-wear if they wish to do so,” says Maheen. “We’ve all had to endure economic strains and creating a smaller collection is more manageable right now.” The tentative list of designers showcasing at FPW include Maheen Khan herself, Nida Asad Tapal of Delphi, Maheen Karim, Sadaf Malaterre, Zainab Chottani, Asim Jofa with his debut fashion week showcase, Aasia Saail making a comeback and some lesser known names, such as Abdul Samad, Mubashara Najam, Naushemian, Bushra Wahid and Sameer Sain.

BCW, packing in a blingy punch

Following up, about a month later, is the 10th edition of the Hum Network’s Bridal Couture Week, scheduled for Januray 15-17 in Lahore. BCW has long been lauded as a great vehicle for the business of fashion, generating publicity for designers with shows regularly aired on TV as well as on social media. There was a time, in its earlier days, when the event would be criticised for showing predominantly generic wedding-wear, but this complaint became pointless once almost all fashion weeks in the country diverted to the same genre and even popular pret designers succumbed to the lucrative lure of the wedding market.

“We are hoping that Covid-19 may have gotten controlled by the time we stage BCW,” says Saher Saad Yusoof, General Manager of Special Projects, Hum Network. “The show will, otherwise, be seen by a limited audience. It’s our 10th edition, so we’re planning out a celebration, with performances in between fashion presentations.”

The line-up at BCW will be packing in the punches with a grand finale by veteran designer Rizwan Beyg, showcasing his range of budget bridals. Designer Fahad Hussayn, who declared bankruptcy last year, has confirmed that he will be making a comeback. Other designers expected to showcase include Zonia Anwaar, Emraan Rajput, Hussain Rehar, Faiza Saqlain, Umsha by Uzma Babar and Haris Shakeel.

It’s a very interesting line-up, featuring an impressive finale and a mix of some of today’s most sellable ateliers. Designers are obviously trying to think beyond the coronavirus and build their businesses once again. While they are fixated with bridals for now, making up for the losses of the past few months, one hopes that they will eventually also turn their minds to the much more creative realm of pret.

But even while one cheers for the return of the fashion show cycle, Covid-19 continues to be the persistent elephant in the room, threatening to stomp over even the best-laid plans. By planning out events, fashion brands are treading controversial ground. Should even a few people fall sick, the organisers will be blamed for having been irresponsible. The same fears, however, are plaguing every industry now that businesses have opened up and even educational institutes are organising physical classes.

Why should the business of fashion, also, not mask up, sanitise and go on? “We have to learn to live like this,” says Khadijah Shah. We certainly do. May the shows go on — and may no one fall sick.