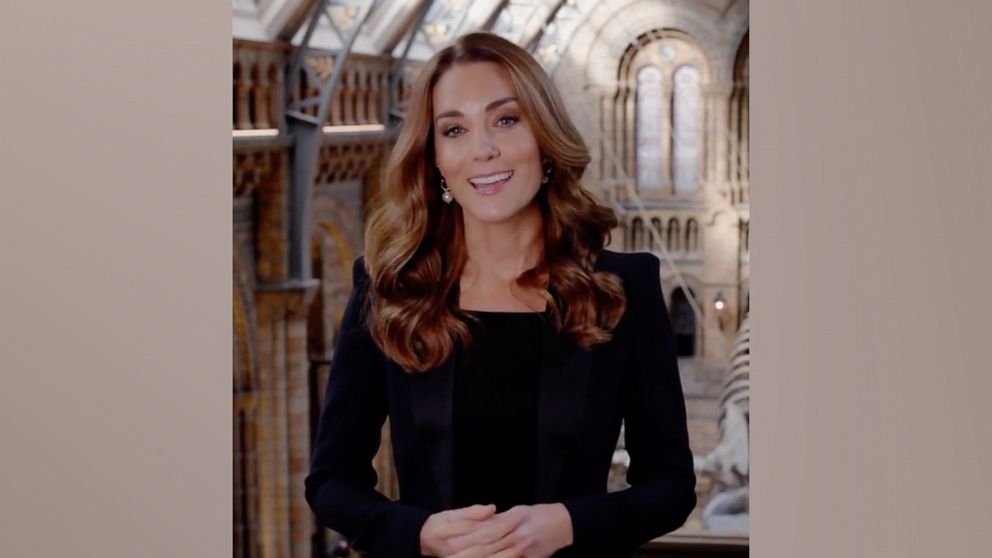 The royal sported a stylish look for her latest TV appearance.

Duchess Kate was recently spotted in a stylish look that we haven’t quite seen her in before.

She was seen wearing a chic Alexander McQueen crepe tuxedo jacket that has satin lapels and high shoulders while filming at London’s Natural History Museum where she announced that she will be presenting the winner of this year’s Wildlife Photographer of the Year.

The Duchess of Cambridge paired the look with a black top, belt and pants. She also wore a beautiful pair of drop pearl earrings, and a head full of fresh bronde (brownish blonde) hair that was softly curled and tousled.

The Lincoln Project has mocked President Donald Trump’s recent praise for Regeneron with a new video depicting him as a TV salesman hawking a product in a commercial.


The conservative group, which opposes Trump’s re-election, posted the video on Twitter on Thursday. It uses footage from the president’s own recent video and editing that makes the footage look like a VHS tape recording from the 1980s or 1990s.

“REGENERON!” the Lincoln Project tweeted. The video is a parody infomercial that uses jaunty music and garish graphics