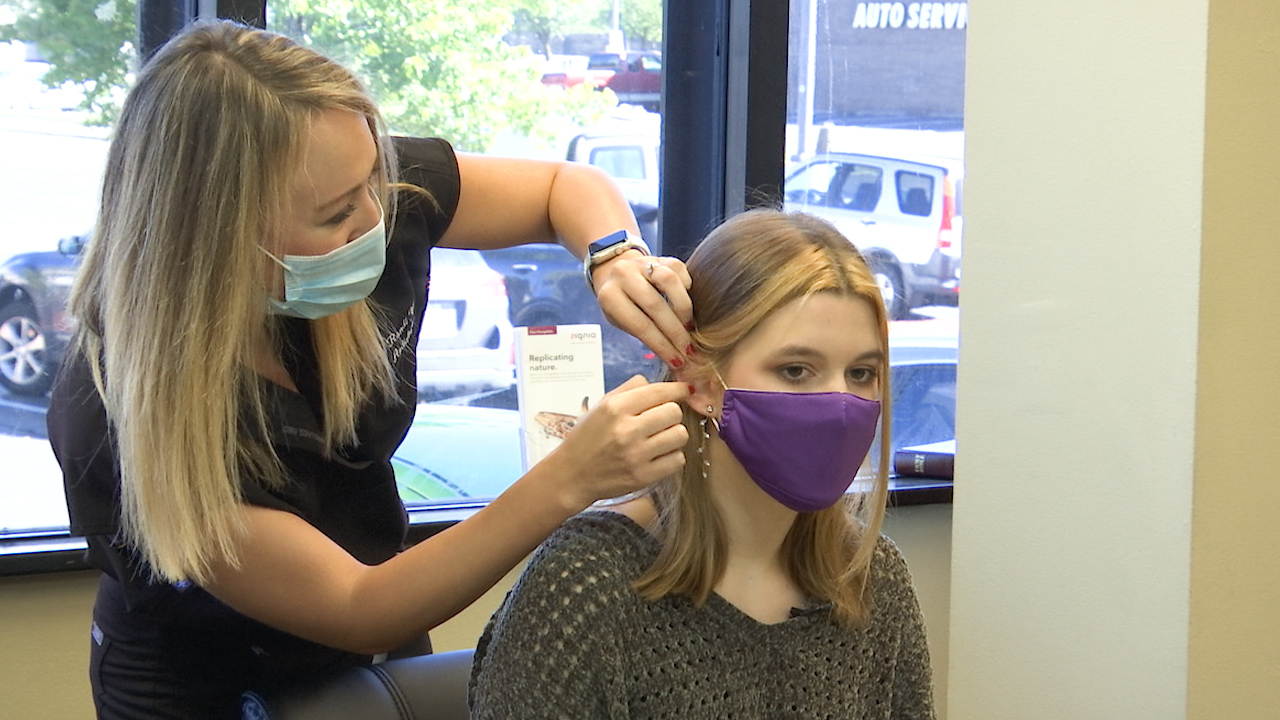 NASHVILLE, Tenn. (WKRN) – The March 3rd tornado devastated neighborhoods and families from Donelson to Cookeville. Despite the losses, Middle Tennesseans have seen new beginnings since then.

A teenager with hearing loss was thrown from her house during the tornado and lost her hearing aids. Friday, she received a very special gift.

“It was just like at one minute I was in my bed, and the next, I was under the house,” said 16-year-old Ella Neal. An EF 4 tornado destroyed her home on Charlton Square in Central Putnam County.

Her neighbor found her under her house in his backyard. Neal was born with reverse- slope hearing loss and only able to pick-up on high pitches. “The only way that I knew that someone found me was like by the flashlights that were there, near the place that I was at,” Neal recalled.

Her hearing aids were among many things