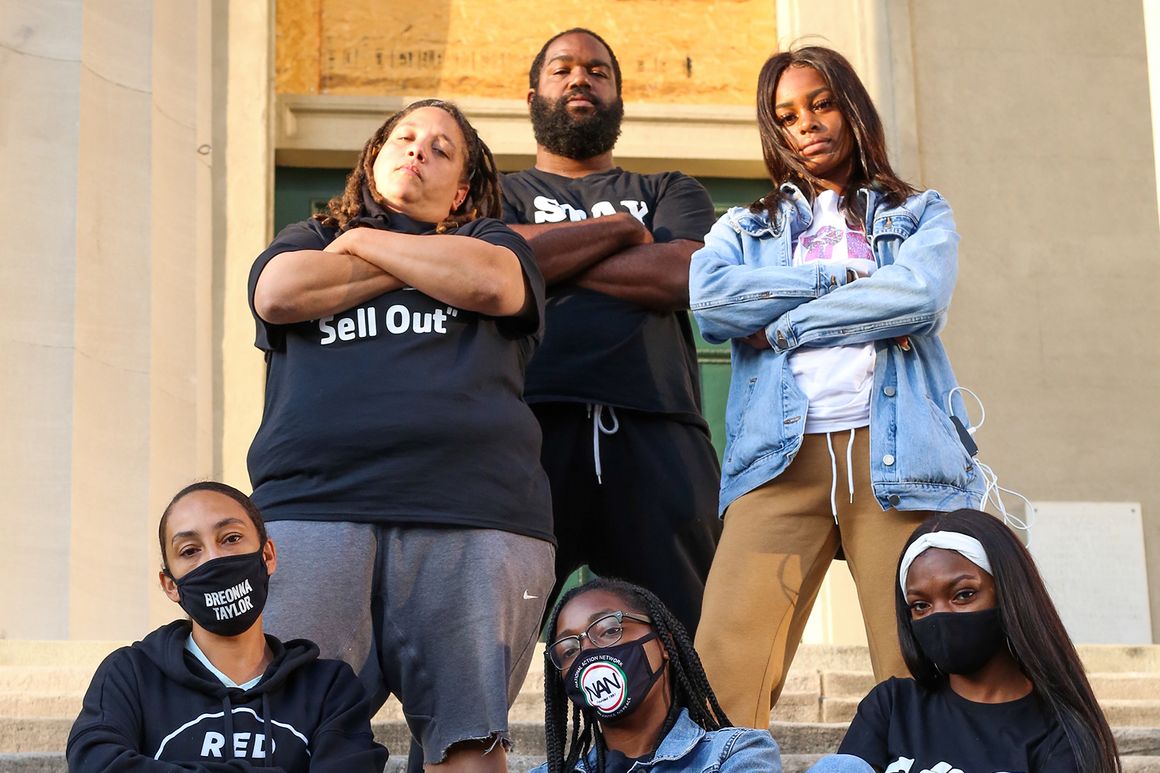 The presence of the armed security teams are a reminder of how far the nationwide protests, now entering their fifth month, have come from the mostly spontaneous demonstrations that erupted in the days after George Floyd’s killing in Minneapolis. Now, a state of tense permanence has taken hold in cities across the country where almost nightly marches proceed with clockwork regularity through shuttered downtowns. But the routine is spiked with an air of unpredictability. With weapons in the hands of people on all sides—the protesters, the police and the right-wing militias who periodically appear—any night is a cat-and-mouse test of constitutional limits in which the guardrails against deadly violence are fragile at best.

“This is a war zone, basically,” Mitchell said. “The very moment I decided to come here the first day to protest, I knew that I was prepared to die for this. I am prepared to sacrifice my