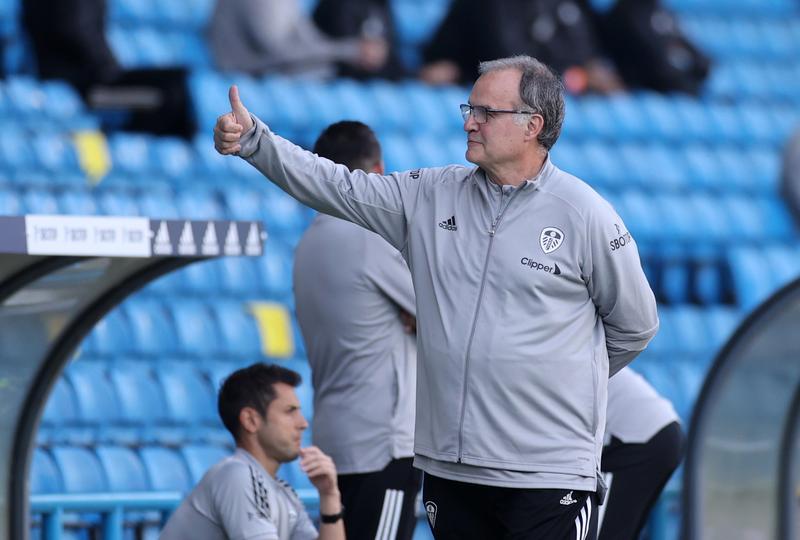 (Reuters) – Manchester City boss Pep Guardiola is among the most successful of all time, but when it comes to his knowledge of the game, he says he falls a long way short of Leeds United manager Marcelo Bielsa.

While the Argentinean has not enjoyed anything like the success of City’s Spanish boss, Guardiola said on Friday that Bielsa, whose side host City in the Premier League on Saturday, is the person he admires most in world football.

Bielsa has changed the culture and playing style at Leeds and brought them back to the top flight after a 16-year absence having won the second-tier Championship last season.

Guardiola admitted that Johan Cruyff was his most influential mentor, having worked