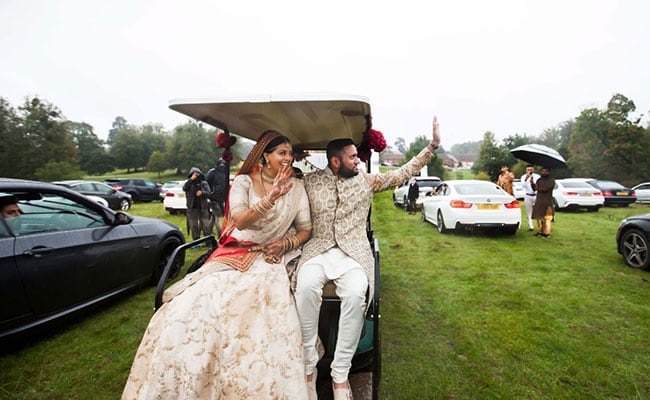 However, what began as a joke became a reality last Friday, when the couple were married in front of a small gathering of their immediate family with the ceremony being projected onto a big screen in a field next door to friends and family seated in more than 100