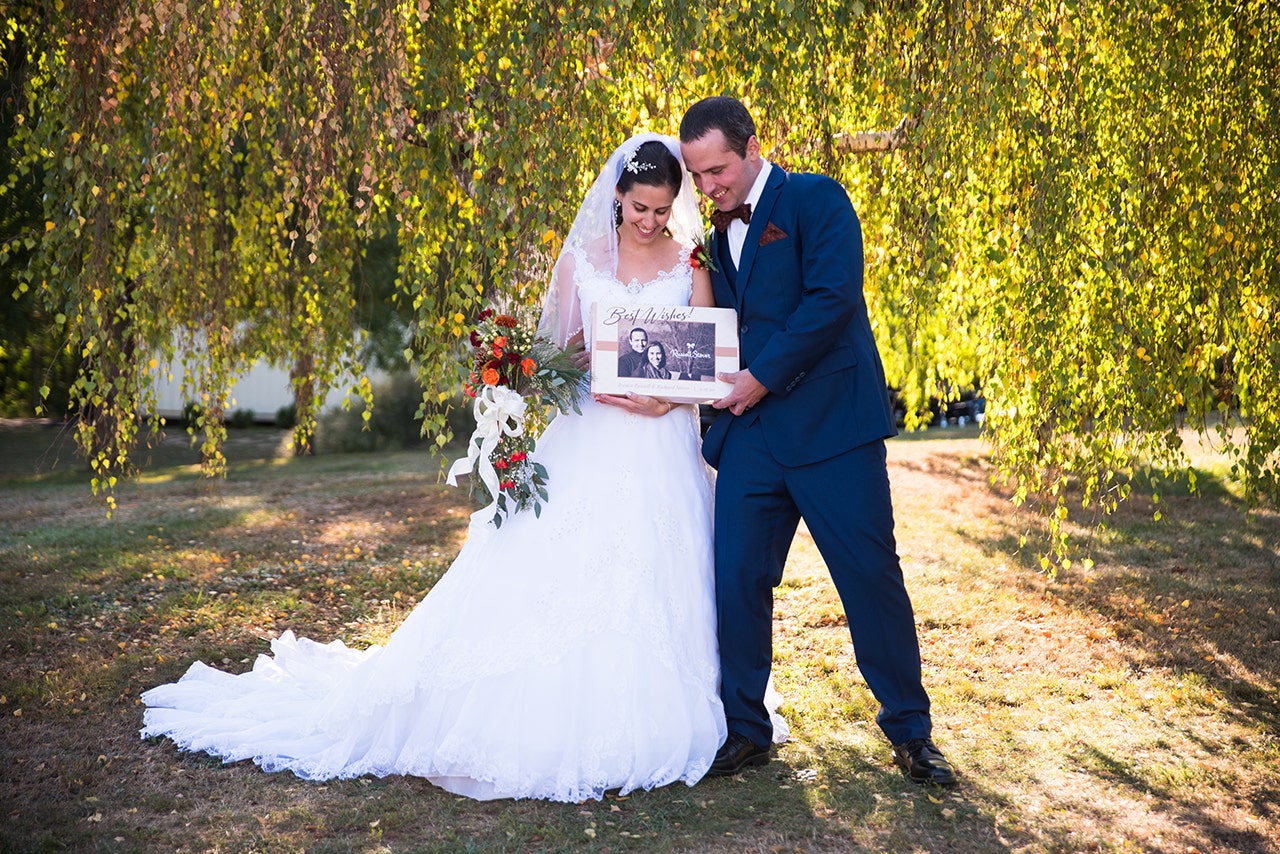 It doesn’t get much sweeter than this wedding.

A bride and groom were treated to a once-in-a-lifetime wedding because of their respective last names: Russell and Stover.

Bride, Jessica Russell, and husband, Rich Stover, were given a chocolate affair to remember for their September wedding.
(Christian Patti for Russell Stover)

Bride Jessica Russell and her husband, Rich Stover, were given a chocolate affair to remember after American chocolatier Russell Stover caught wind of the pair’s unique surname combination. The bride’s sister reached out to the company after the proposal to inform them of the upcoming Russell-Stover nuptials.

The chocolate touches were seen throughout the wedding.
(Christian Patti for Russell Stover)

The wedding, which took place in Barnstead, N.H., last week, was decked out with Russell Stover-inspired decorations and themed cake.