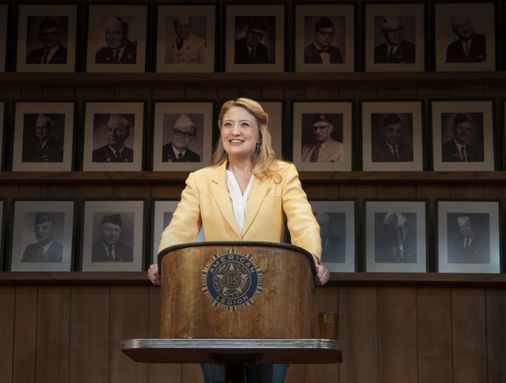 The preamble to the US Constitution begins, famously, with the words “We the People,” before going on to spell out its lofty goals, among them to “establish Justice” and “promote the general Welfare.”

“What the Constitution Means to Me,” written by and starring Heidi Schreck and streaming this Friday on Amazon Prime, amounts to an impassioned argument that those words are worse than hollow when it comes to women.

Don’t be misled by the deliberately bland, civics-lesson title. This is a play to scorch the conscience. (And that innocuous title acquires a new layer of meaning by the end of this live-capture film version of the play, which ran on Broadway in 2019.) Schreck matches the wit and fire of her writing with a riveting performance that often does not feel like a performance at all, but rather a cri de coeur wrenched up from a deep place where the