Fashion is no stranger to gate-crashers, which makes it all the more unsurprising that Dior, helmed by creative director Maria Grazia Chiuri, saw an unexpected guest on the runway at its Dior Spring 2021 show in Paris today.

According to WWD, a spokesperson for the climate action group Extinction Rebellion claimed responsibility for the protest. The protester carried a bright yellow banner down the runway — stamped with Extinction Rebellion’s logo — that said “We are all fashion victims.” The woman was thought to be part of the show before many realized that she was indeed gate-crashing.

The fashion house itself frequently uses protest messaging: Just last season, Chiuri featured neon signs that said “Patriarchy = CO2” as part of the show. LVMH’s (Dior’s parent company) head of communication and image, Antoine Arnault, initially told WWD, “I think it was part of the show. It’s so hard to 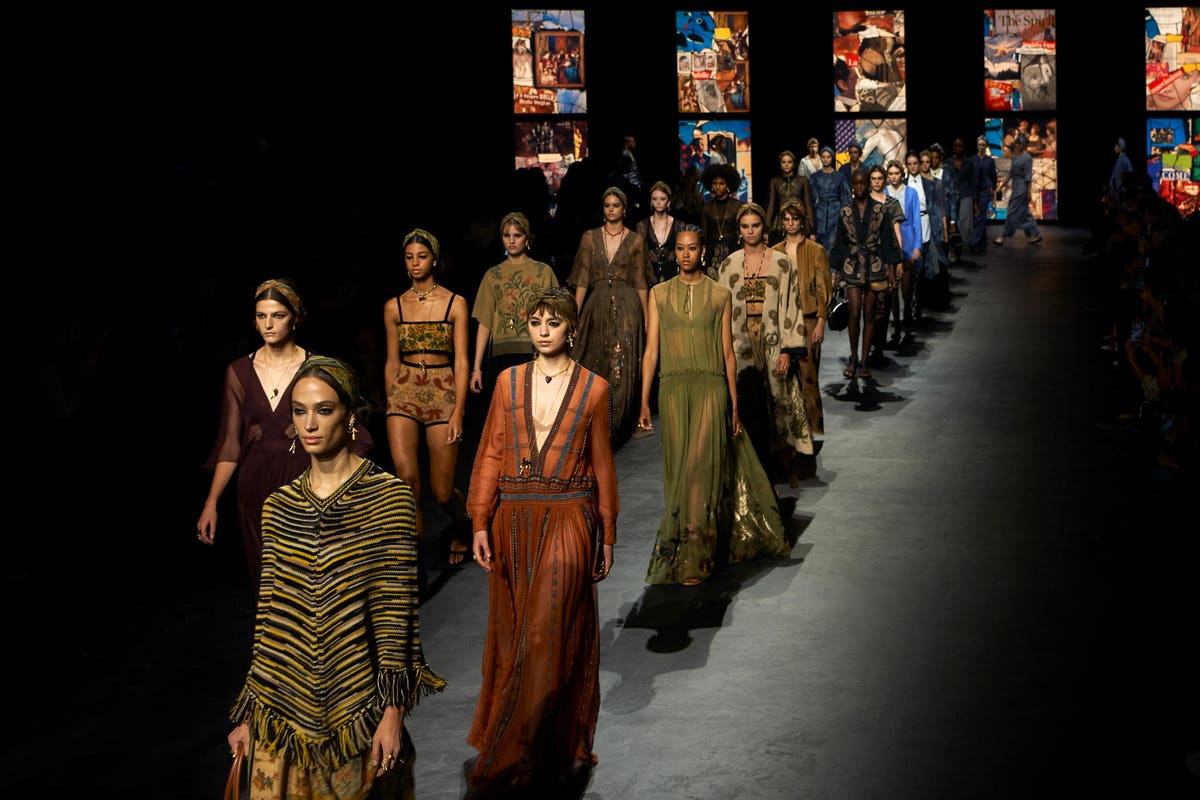 In the pre-pandemic days of fashion, standing backstage at a Dior women’s ready-to-wear runway show and observing Maria Grazia Chiuri, it was easy to see how gracious and passionate she was to speak to media and well-wishers about her newest collections.

As creative director of the famed French maison, Chiuri is a passionate and personable woman, a fashion designer, yes, but also a storyteller with a message of empowering women. And as she presented her newest Dior womenswear SS21 collection today, the fashion world cleared the cobwebs as this was the first major show in the City of Lights in almost 7 months. Three-hundred attendees sat together, masked up, socially distant and took away something different from what they may have been expecting.

The venue was at Paris’ Jardin des Tuileries, and before one outfit