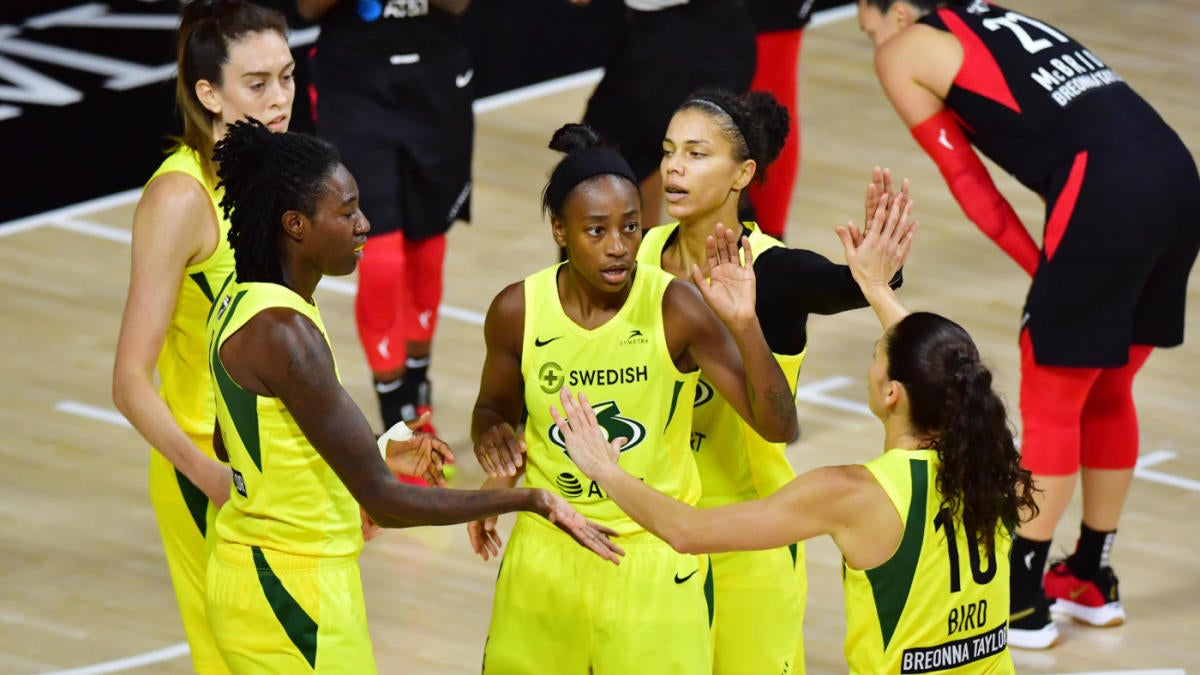 The Seattle Storm are WNBA champions again. Already up 2-0 in the 2020 WNBA Finals, they took care of business in impressive fashion on Tuesday night, beating the Las Vegas Aces, 92-59 in Game 3 to complete a three-game sweep. This is Seattle’s second title in the last three seasons and the fourth in franchise history.

With the win, the Storm tied the now-defunct Houston Comets and the Minnesota Lynx for the most titles in league history with four. In addition, the Storm matched the Comets with a perfect record in those appearances, going 4-0. Even more impressive is that in all of their Finals appearances combined, the Storm have only lost one game.

After finishing the regular season 18-4, the Storm continued their dominance in the playoffs, where they didn’t lose a single game. They swept the Lynx in the semifinals, then swept the Aces in the