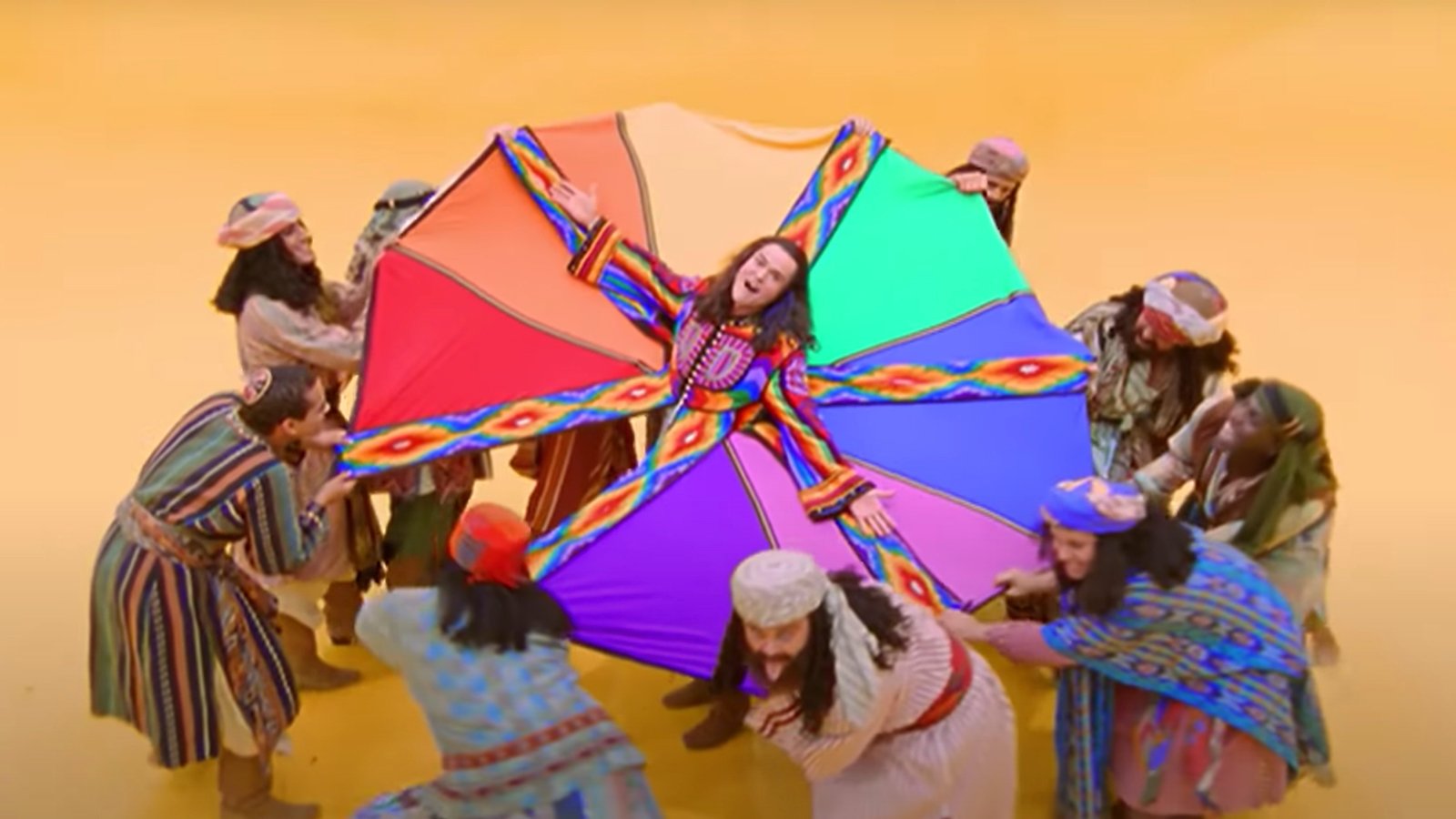 (RNS) — When Donny Osmond performs a wedding ceremony, not just any robe will do.

The singer, who played the title role in the musical “Joseph and the Amazing Technicolor Dreamcoat” on stage and screen in the 1990s, posted on Facebook Monday (Oct. 12) photos of himself presiding over the wedding of his friends Todd and Rachel Salmon.

Just before pronouncing the couple husband and wife, Osmond said he announced, “Pastors would normally wear a robe. This pastor will now wear a coat.”

Osmond then pulled out the dreamcoat he wore as Joseph — red and yellow and green and brown and blue — and donned it as he made the pronouncement.

He said that he had received a special license by the state of Utah to officiate the Salmons’ wedding.