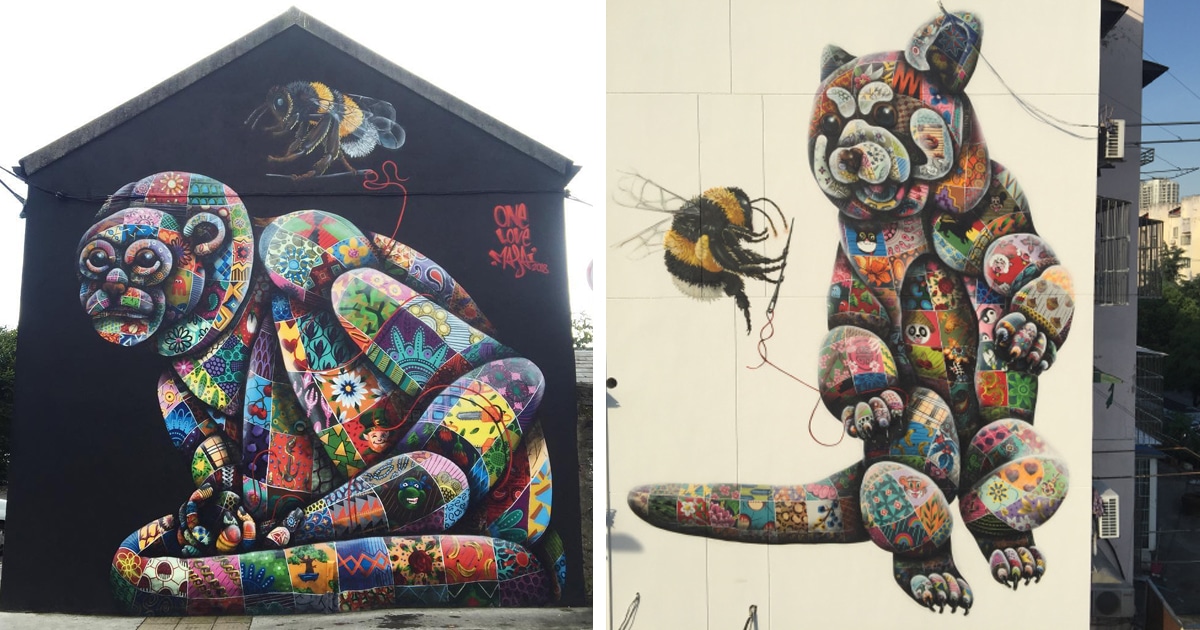 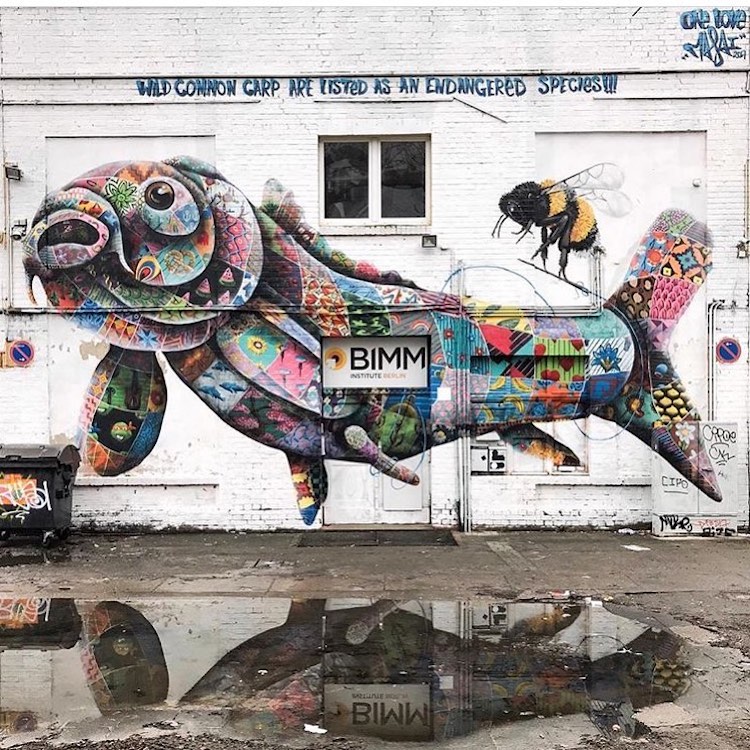 The animal kingdom is filled with fascinating species of all shapes and sizes. However, many of these creatures are facing endangerment and even extinction due to the devastating effects of climate change. That is why one artist is using his creative talents to spread awareness for these vulnerable species. Based in London since 2010, Louis Masai creates striking large-scale murals of rare and endangered animals.

Masai’s artwork is immediately recognizable for its bright, graphic style. He uses large blocks of colors and patterns to build up each subject and create a type of patchwork effect. Stripes, flowers, and fruits are just a few of the motifs commonly found in his projects. As a result, these animal murals often resemble plush quilted toys. In most of Masai’s murals, the viewer can also spot a large bee carrying a needle and thread that leads to the “stitched” animal. This is intended to