Mexico has identified two women who may have been subjected to non-consensual surgeries while detained by US Immigration and Customs Enforcement (ICE).


The finding is part of a larger Mexican investigation into allegations of improper medical care for detained migrant women at ICE’s privately-run Irwin Country Detention Center in Ocilla, Georgia.

In a statement released during the weekend, Mexico’s Foreign Ministry said one Mexican national received “a surgical intervention” that she did not authorize. The ministry specified that the operation was not a hysterectomy, and said she did not receive post-operative care. The woman also did not receive treatment for a hernia, the statement adds.

A second woman in Mexico allegedly underwent a gynecological surgery “without her full consent,” according to the Ministry, which did not specify the type of surgery. The statement

MONTERREY, Mexico (Reuters) – Mexico’s Foreign Ministry said it has identified two Mexican migrant women who may have had surgery performed on them without their consent while detained at a U.S. immigration center in the state of Georgia.


While being held at the Irwin center in Georgia, one Mexican woman was reportedly subject to gynecological surgery without her approval and without receiving post-operative care, the ministry said in a weekend statement.

The ministry said its findings were based on actions taken by consular staff and interviews Mexican officials conducted at the center.

Officials were also verifying the case of a second woman who may have been subject to surgical intervention “without her full consent,” without receiving an explanation in Spanish of the procedure, or her medical diagnosis, it added. 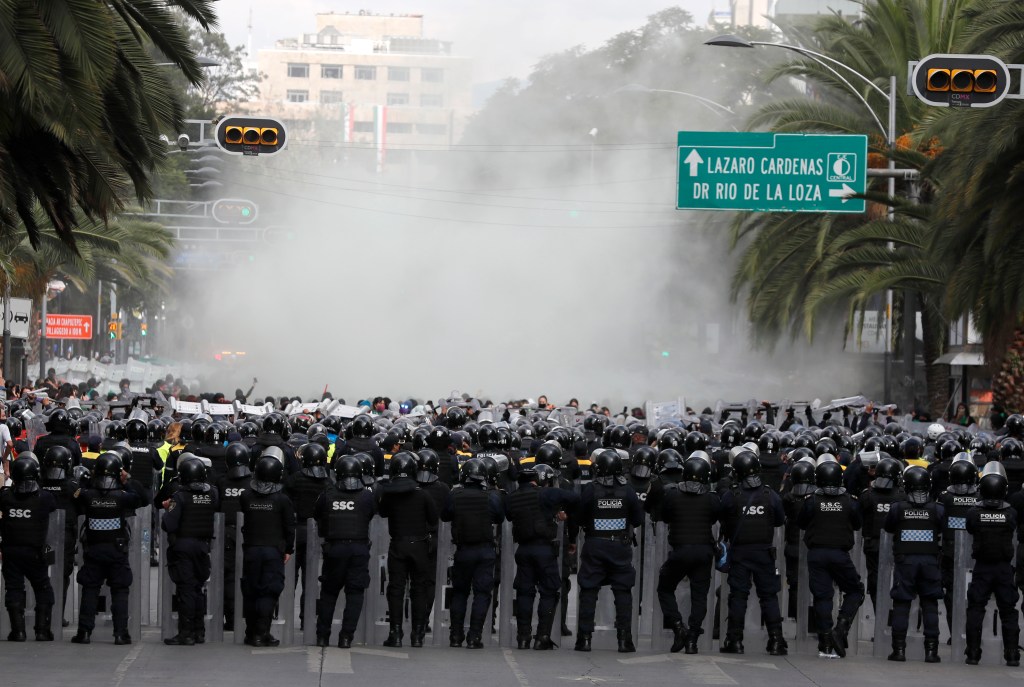 MEXICO CITY – Women charged police lines and threw Molotov cocktails at officers in Mexico City on Monday during protests demanding the legalization of abortion in the majority Roman Catholic country.

The protesters, clad in the green bandanas that have become the symbol of the pro-choice movement in Latin America, gathered in Mexico’s capital to mark International Safe Abortion Day, which is celebrated each year on Sept. 28.

Police, many of them female officers, responded by spraying plumes of tear gas at the women, some of whom wielded hammers, and threw bottles and paint.

At least one officer was briefly engulfed in flames after being hit by a Molotov cocktail, before colleagues doused the fire with an extinguisher, television images showed.

Abortion is illegal in Mexico outside the capital city and the southern state of Oaxaca, which legalized the medical procedure last