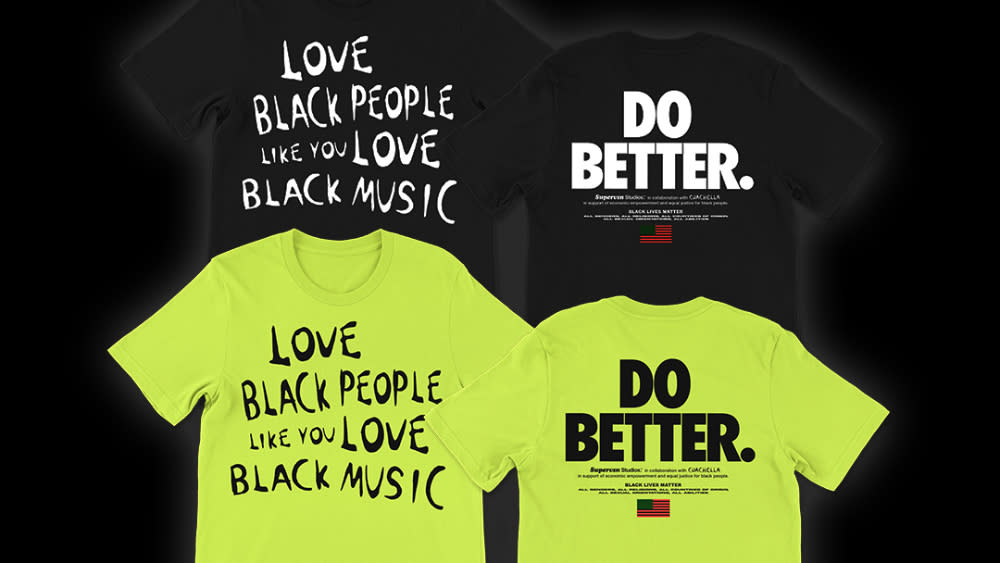 Goldenvoice, founder and producer of the Coachella Festival, has announced several social-justice initiatives including Black Lives Matter-inspired clothing by four Black designers based in California.

The initiatives, launched by GV Black, an internal organization launched in 2017 to “guide the venues, festivals, and company forward in the mission to expand on racial justice work,” include:

We commit to continuously evolve as a festival that not only speaks on equity, justice and actively anti-racist change, but acts on it.  Our initiatives are a starting point; not meant to be static but to expand and evolve to best suit our community.

Share our platform with Black creatives to support their brands and Black nonprofit organizations of their choosing as part of a specialty merchandise collaboration. Continue this dynamic partnership within the entire festival merchandising ecosystem from design, to strategy, to final product.

Encourage fans to get ready to vote with