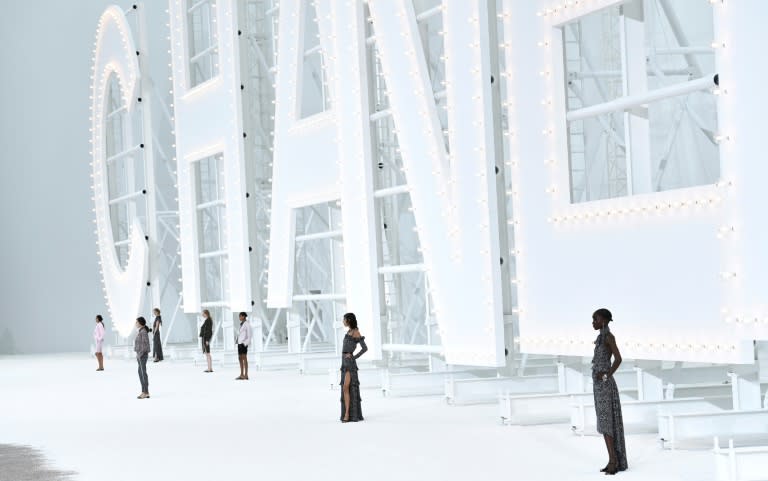 Chanel went back to the timeless glamour of black and white Hollywood movies while Louis Vuitton embraced a gender neutral future on the last day of Paris fashion week Tuesday.

An army of the world’s top supermodels walked under a huge Hollywood-style sign spelling out Chanel’s name in its biggest catwalk spectacle since designer Virginie Viard took over the fabled French house from Karl Lagerfeld after his death last year.

They included the body positive pin-up, Jill Kortleve, the Dutch model who is a voluptuous size 16 (US size 12).

Covid-19 restrictions may have limited the number of fashionistas allowed into the immense Grand Palais in central Paris, but like the decor, Viard wrote her ambitions large.

Her collection was no less than a grand sweep through the long history of the label founded by Gabrielle “Coco” Chanel, with a giant nod to Chanel’s time in Tinseltown in the 1930s