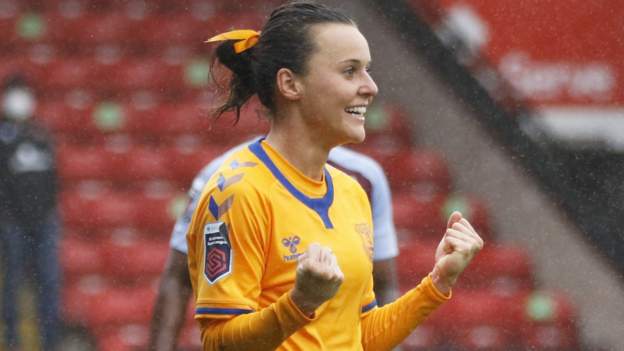 Australia international Raso opened the scoring from close range in the 20th minute, before pouncing on an error from keeper Lisa Weiss to make it two.

Emslie curled in the third from 20 yards before Valerie Gauvin’s diving header finished off a counter-attack.

Chantelle Boye-Hlorkah’s cross sailed in after the restart and Emslie added the sixth as Everton went top.

Willie Kirk’s side had been in superb form coming into this fixture, having reached the Women’s FA Cup final by overcoming WSL champions Chelsea and two-time cup winners Birmingham City in the previous six days.

And they were far too strong for Gemma Davies’ Villa side, who are still to pick up a point this season.