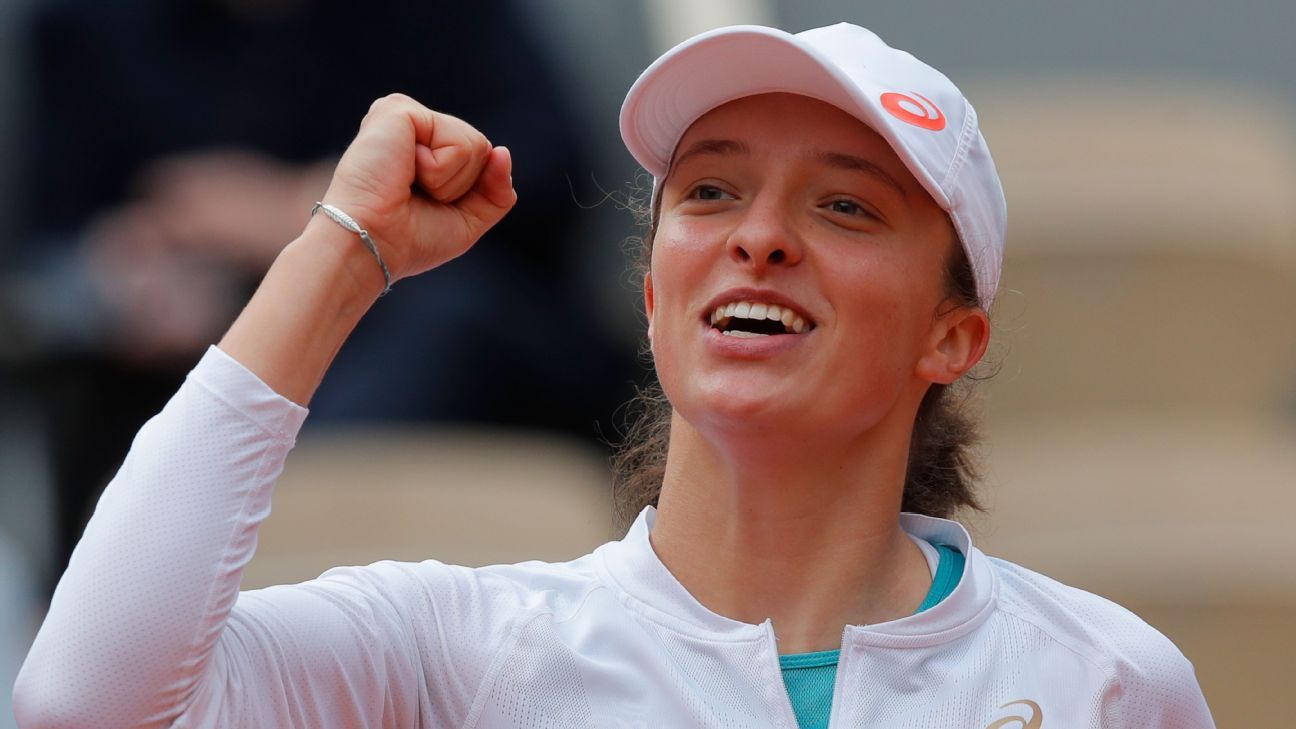 PARIS — Iga Swiatek is just 19. She’s ranked 54th. She’s never won a tour-level title. She’d never been past the fourth round at a Grand Slam tournament. And she’s as dominant as can be so far at the French Open.

Poland’s Swiatek became the lowest-ranked women’s finalist at Roland Garros since the WTA computer rankings began in 1975, advancing with her latest lopsided win, this one 6-2, 6-1 against Argentine qualifier Nadia Podoroska on Thursday.

Swiatek has won all 12 sets she’s played in the tournament and has dropped merely 23 games through a half-dozen matches.

When this 70-minute tour de force ended before a crowd in the hundreds at Court Philippe Chatrier — there was a daily limit on spectators because of the coronavirus pandemic — Swiatek asked for more noise, waving her arms and cupping a hand to her ear.

The fourth-seeded Kenin was broken when serving for the match at 5-4. She broke back and then saved a break point before converting her first match point when the seventh-seeded Kvitova’s shot landed out.

Kenin has won a tour-leading 16 matches at majors this year. She started it by winning at Melbourne Park in Australia and then reached the fourth round at the U.S. Open last month.

It is the third straight year an American player has reached two Grand Slam finals after Serena Williams in 2018 and ’19.

Podoroska is ranked 131st, had never won a main-draw Grand Slam match until this event and was the first female qualifier in the professional era to get to the final four in Paris.

Just in case someone might get the idea this was a fluke for Swiatek, who listens to “Welcome to the Jungle” by Guns N’ Roses in her headphones before stepping out on court: She eliminated 2018 champion and No. 1 seed Simona Halep 6-1, 6-2 in the fourth round, after defeating 2019 runner-up Marketa Vondrousova by the same score in the first.

Swiatek (pronounced shvee-ON’-tek) has been on the rise, and the tennis world’s radar, for a couple of years now.

Now Swiatek is chasing a unique two-fer in Paris: She’s made it into the doubles semifinals with American Nicole Melichar as well, giving her a chance to become the first player since Mary Pierce in 2000 to win the women’s singles and doubles trophies in Paris in the same year.

Another key to success for Swiatek, whose father was an Olympic rower, is her returning ability.

She broke for a 3-0 lead by smacking a backhand return winner, followed by another return so good that it forced Podoroska into a mistake. Swiatek entered this contest averaging 5.4 breaks per match and added five more to her total.