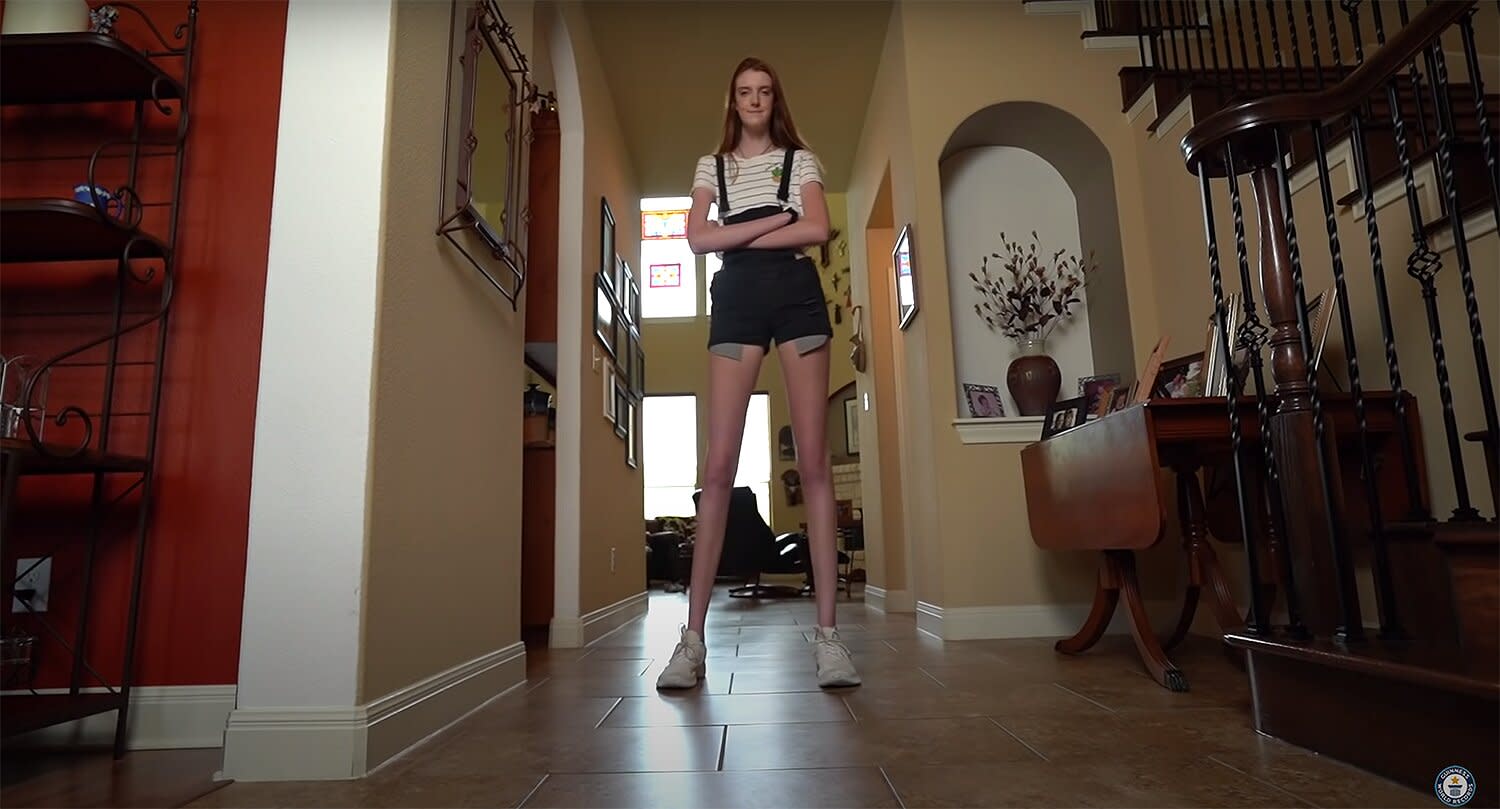 A Texas teenager has been crowned a Guinness World Records holder — twice over — thanks to her long legs.

Maci Currin recently set two records as both the woman and the teenager with the longest legs in the world, according to a video posted on Tuesday by Guinness World Records.

“You don’t really fit into the category of ‘normal,'” Maci told Guinness of the benefits to having long legs. “You’re unique, you have something different, and people are drawn to it.”

The Cedar Park teen — who has a father that stands 6 foot 5 inches, a brother who is 6 foot 4 inches and a mother who is 5 foot 7 inches — explained that her awareness around her height came at a very young age.

Instead of having a single growth spurt, Maci said she gradually got taller over the years, growing about four to five inches each year until she was 6 feet 10 inches.

“I was consistently getting taller,” she recalled, before noting how her height has posed several challenges for her, including shopping, hitting her head on things and getting into cars.

“Certain cars, I can’t even fit into because my legs are too long for it,” she shared with Guinness. “If I walk into a regular store, nothing will fit me because they don’t really make clothes in my size, especially for pants [and] leggings. I have to get them custom-made.”

Added her mom, Traci Currin: “If she has an event, it’s not like most girls where they can just run out to the store, pick up an outfit and a pair of shoes and be good to go. You’ve gotta really plan ahead for anything for her.”

Despite having longer legs than her peers, Maci told Guinness that she was only bullied “because I was taller than everyone and I guess they didn’t know how to process that.”

Standing two-feet tall and weighing only 12 lbs., Jyoti Amage was declared by Guinness World Records as the world’s shortest living woman on Dec. 16, 2011

But that all changed in her second year of high school, according to Maci.

With a newfound confidence about her height — and some world records to go along with it — Maci has one message for girls and women like her.

“I hope that tall women can see that the height is a gift,” she told Guinness. “And that you shouldn’t be ashamed that you’re tall. You should really embrace it.”

Added Traci: “It’s hard when you’re a kid and you don’t see that big picture, but as a parent, you see that. And so I just always encourage her to stand tall and be proud of what she has.”