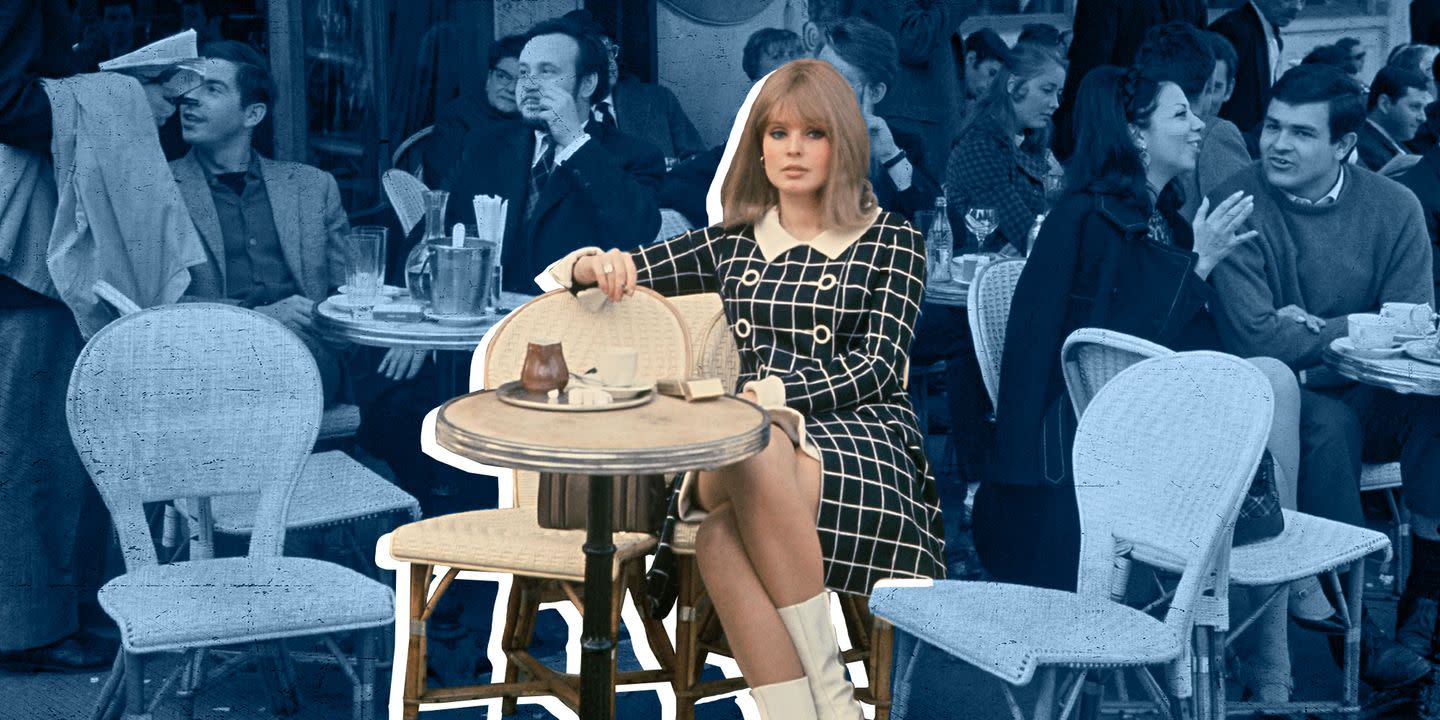 Everyone looks to French fashion for outfit inspiration: it is one of its most famous (and enviable) exports. And Paris in the 1960s is hands down its golden age. Parisians of that decade truly mastered the covetable combination of elegance and a carefree attitude. Plus, name a more iconic era of fashion heavyweights: Jane Birkin, Brigitte Bardot, Françoise Hardy, and Catherine Deneuve. Whether you love vintage-inspired outfits or tend to be more modern, follow their lead for a fall French wardrobe with that certain je ne sais quoi.

The French woman who needs no introduction: Brigitte Bardot. As an actress, singer, and sex symbol, Brigitte had eyes on her wherever she went. Luckily, she had a keen sense of style and always looked effortless and poised, especially in menswear!

Jane Birkin, the namesake of Hermès’s most iconic bag, is a British actress and singer, but is now considered to be wholly French. In the 1960s, she acted in multiple films, sang on a song that was condemned by the Vatican, and was often photographed traipsing around Paris. Birkin’s style still holds up even though the ’60s have come and gone—it’s hard to look at an image of her without wanting to copy it exactly.

Catherine Deneuve’s acting career speaks for itself, but her style teaches us all how to be Parisian chic. As a muse of Yves Saint Laurent and the former face of Chanel No. 5, she became famous worldwide for her elegance and beauty. Taking cues from Deneuve’s style will have you looking perfectly Parisian every time.

Françoise Hardy is a musician and major figure in French pop. She is widely considered to be the leading lady of the Southern European pop movement: yé yé. When she transitioned away from the innocent aesthetic of the yé yé movement, she reinvented her image to be edgier and more mature. Hardy’s style is so classic, it will always be fashionable.

Anna Karina was the darling of the French New Wave cinema movement, which was one of the first forms of alternative cinema. She will always be remembered for her thoughtful and witty performances in films by director Jean-Luc Godard (whom she later married), but we must make sure that her impeccable style is not forgotten. Her signature bangs and flair make every outfit a major moment.

Jane Birkin and Serge Gainsbourg were the Parisian “It” couple of the 1960s. They were known for their incredible style, scandalous songs, and beautiful films. Often spotted on the streets of Paris they became beloved by Parisians of their era, and by the whole world in the years to come. No matter where or when—they dressed for the occasion.