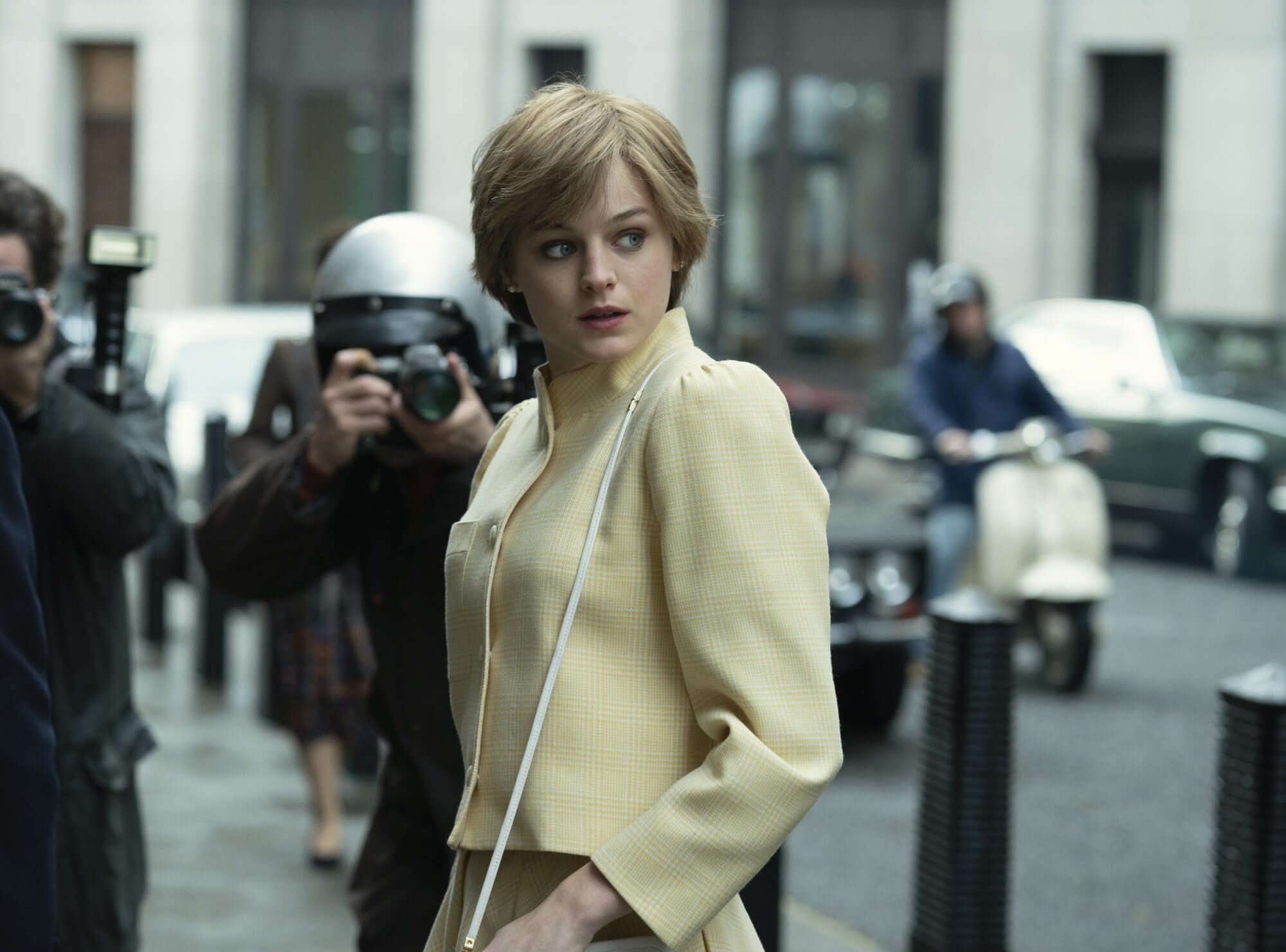 The Crown has just revealed the very first image of actor Emma Corrin donning Princess Diana’s iconic wedding gown, which will appear in the Netflix series’ upcoming fourth season. Because The Crown always gives the people what they want.

Despite the dress’s uncanny resemblance to the original ivory silk taffeta gown, which David and Elizabeth Emanuel designed for Princess Diana’s 1981 wedding to Prince Charles, the series explained in a tweet that they didn’t intend to create an exact replica for Corrin.

Rather, The Crown costume designer Amy Roberts “wanted to capture the same spirit and style” of Princess Diana’s wedding dress in real life.

We’d venture to guess that The Crown gown does not feature 10,000 pearls, an 18-karat gold horseshoe stitched into the petticoats, and antique lace that once belonged to Queen Mary, but the updated version nevertheless remains incredibly faithful to the original. (And if the very first glimpse of the gown in the Season 4 teaser trailer was any indication, the new version does indeed bear that legendary, 25-foot train.)

That the Emanuels themselves had a hand in its creation probably helped with that. In the October issue of Vogue UK, Corrin said that the original designers “gave us the patterns, and then it was made for me.”

Of filming one of the most famous dresses in history, Corrin continued, “We were filming the scene when you first see her in the wedding dress—I think it was Lancaster House in London—and I had a team of about 10 people helping me put it on, because it’s massive. I walked out and everyone went completely silent. More than anything else I wear in the series, it’s so… It’s her.”

The series’ fourth season, premiering on November 15th, will open in the late 1970s and dip into the 1980s. It’ll be the final season that features the show’s current cast, which also includes Olivia Colman as Queen Elizabeth II, Tobias Menzies as Prince Philip, Helena Bonham-Carter as Princess Margaret, Josh O’Connor as Prince Charles, and the newly announced Gillian Anderson as Prime Minister Margaret Thatcher.

As ever, we owe The Crown an endless debt of gratitude for giving us beautiful things to look at/momentarily ease our existential dread.