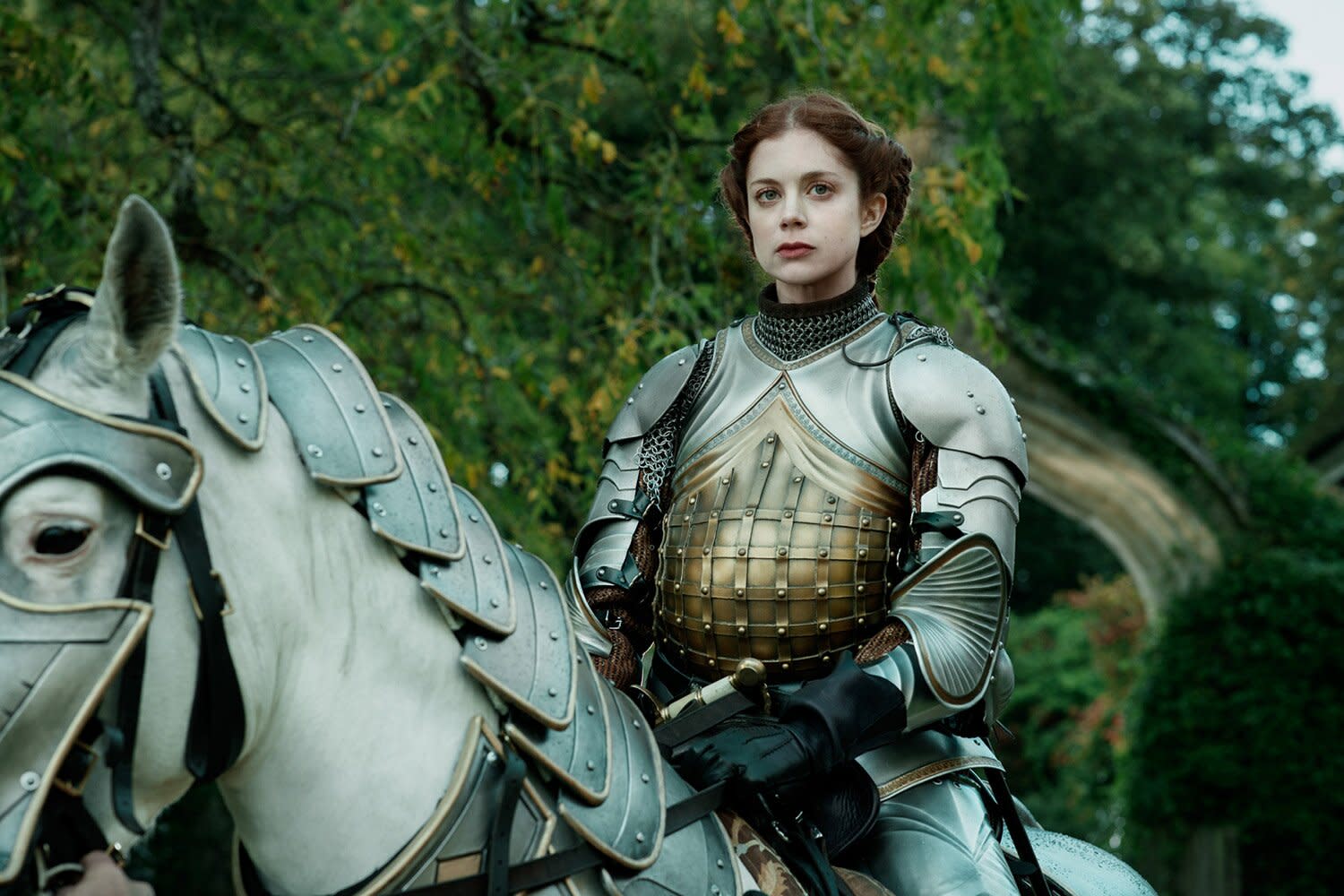 “She’s actually been a really helpful role model for me in 2020 because Catherine is someone who gets knocked down a lot,” Hope tells EW. “And she keeps getting up and never stops fighting. A lot of 2020, I have felt like I have been knocked sideways, over and over again. Just to remember that somewhere in me, I played this woman that never gave up and that kept on fighting. That exists in my body somewhere, and that’s quite a reassuring thing in what’s felt like a very tumultuous, unstable year.”

Hope is returning for the second half of Catherine’s story after breaking out on season 1 of The Spanish Princess last year. “If I could do seven seasons of this job, I would be so excited,” the actress says. “It was such a gift to get to play a character for that long. I am aware that I have a very young-looking face. I want to be able to play women because those characters are much more interesting to me, but I probably wouldn’t have been given the job of playing of Catherine at 30 if I’d been auditioning for that from the get-go.”

Season 1 began following Catherine at age 17, and season 2 (premiering Oc. 11) will take us into her mid-to-late 30s. At 28, Hope falls in the middle of those two poles, but the second season won’t turn to prosthetics, gray hair, or any other extreme hair and makeup choices to catalog this aging process. “They did some really smart things with just more severe hairstyles and less makeup, and even just the way that we shot the last block felt much harsher,” she says.

The journey wasn’t without its own tumultuousness, even before the onset of the coronavirus pandemic. Hope was dreadfully sick the final few days of shooting, but they plowed ahead at her insistence. “I was really ill,” she says. “But my best quality is tenacity. I don’t think I’m the best actress, but I do know that I’m very, very determined. There was a point where I was vomiting between takes, and everyone was like, ‘I think maybe we should call this.’ And I was like, ‘No we’re not going to f—ing call this, I’m going to complete this.'”

That tenacity is just one trait Hope shares with Catherine. And it’s a good thing, because the day they wrapped was March 12, the same day the world plunged into COVID-19-related production shutdowns. It’s only by the grace of her own grit that the show eked across the finish line to come to us in our strange new world.

For those anticipating season 2, Hope warns it’s going to be a dark, emotional ride. When it comes to her own acting challenges, Hope says, “Season 1 paled in comparison… It was just such a heady romp. I’m a very emotional person. I know what it feels like to sit in a dark place. It was really important to me that when Catherine is in those dark places that it felt really honest.”

For Hope and many of her castmates, season 1 marked their first major acting job, and that created a playful, familial atmosphere on set. But for season 2, she had to cut herself off from much of that warmth. “By the end, Catherine is so lonely and so isolated, and that was the thing that took its toll,” she says. “Catherine’s on her own, which also means I was on my own. I definitely felt toward the end that I was watching everyone else having a really good time, and I was having to live in a really different place and having to really distance myself from that.”

Season 2 also challenged Hope physically, a task she relished, preparing to film fight scenes in full armor during the show’s depiction of the Battle of Flodden. She trained intensely for the sequence. “To get to go to battle and just be raw and filled with fire, it was my favorite bit of the whole shoot,” she says. “I’m kind of amiss to say I felt like one of the boys, because I also felt like the most powerful woman possible. There is something really satisfying, if you spend a lot of time in corsets in period drama, getting to just be like covered in mud and fighting from your belly. I don’t like to be underestimated just because I’m short.”

Hope admits that she did have a few slip-ups, including landing face-first in mud on her first take. But she’s actually hoping that makes the final cut, since it further showcases Catherine’s ability to get up and keep fighting no matter how many times she gets knocked down.

Catherine’s not the only queen fit for 2020.