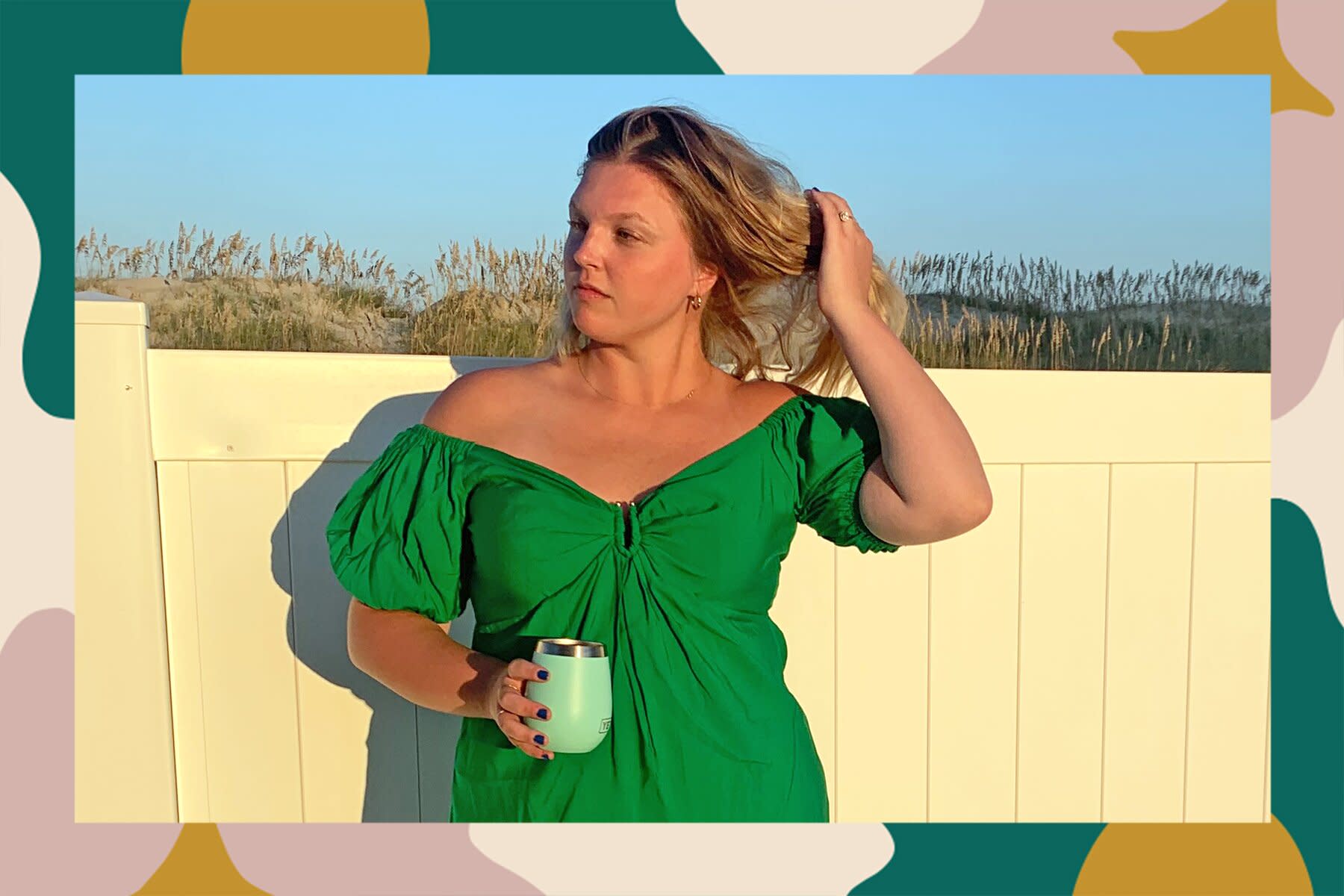 Approximately 68% of women in America are considered plus size, but there’s a clear lack of industry representation and shopping options for this majority. In Plus-Size Diaries, columnist Olivia Muenter dives into all things plus-size, from sharing her personal experiences to speaking out about plus-size culture at large.

For most of my life, clothing and fashion have made me feel things, both negative and positive. I knew from the time I was eight years old that I loved clothing. Planning a new outfit for a special occasion brought me excitement and shopping brought me a certain thrill, but as someone who has fluctuated between a size 12 and 18 for most of my life, fashion has also brought me darker feelings. I felt jealous that my thinner friends could “pull off” wearing things that I thought I couldn’t, I felt bitter that popular stores didn’t have jeans that fit me as well as they fit smaller girls, and I resented that there was a whole world of clothing I thought I couldn’t access because of my body.

Back then, I didn’t appreciate that being able to find clothing that fit was a luxury that many fat people don’t have. I was on the very small end of plus-size then, and I spent many years existing on the border between straight and plus-sizes. But whether I was a size 12 or 18, I still always believed the same thing: That there was a set of rules that applied to what I could or couldn’t wear because of my size and shape. I couldn’t wear a bodycon dress since I didn’t have the proportions for it, I couldn’t show my stomach since I wasn’t toned enough, and I could never wear an empire waist without people thinking I was pregnant. I told myself again that those styles were for other girls, other bodies.

With that in mind, it’s no wonder that, over time, I grew resentful of people with bodies who were smaller of mine. I envied celebrities, reality stars, models, and even friends who had the bodies that, in my mind, allowed them to wear the clothing that I wanted to wear but thought I couldn’t. It wasn’t until I started my Instagram account in college that I started to see people with different bodies and proportions wearing clothing that I had previously deemed as off-limits for me. Suddenly, I had unlimited and constant access to people who had bodies that looked like mine.

I started following every fashion blogger and influencer I could find with similar proportions and clothing sizing to me—unconsciously, at first. Before I knew it, my feed was full of accounts featuring women wearing pieces that I previously thought wouldn’t look good on me. But these people all looked amazing. Suddenly, the fashion world opened up to me.

After a few years of following plus-size bloggers and influencers with bodies that looked like mine (and many who wore larger sizes than me), my perspective on fashion shifted entirely without me even noticing it at first. Over time, I began to believe that I could wear crop-tops, bodycon dresses, and empire waist tops if I wanted to. I had spent so much time consuming content that proved that people who are a size 14 or 16 or 18 or larger look great in those pieces that I finally believed in.