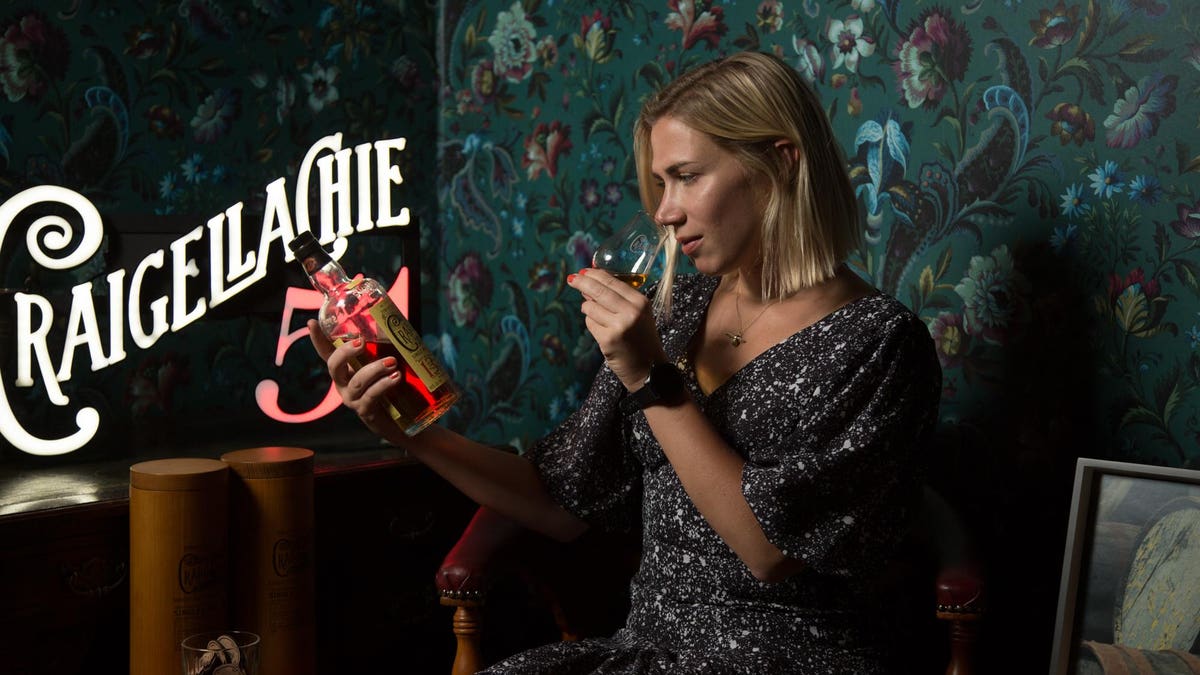 Over the last week and a half, the whisky industry has collectively issued a condemnation of sexist language used in one of the bestselling whisky books, leading to questions of what the next steps should be to promote equality and diversity within the whisky world.

Though significant progress has been made in the last few years (just recently, the Scotch Whisky Association released a Diversity and Inclusivity Charter), there remain significant hurdles. I interviewed 9 women working in the whisky industry about their experiences dealing with sexism in their profession.

They all made clear to me how much they love working in the whisky industry, love being a part of the whisky community, and appreciated the support they have received from their colleagues. They also highlighted the issues they face that their male peers do not.

I’ve been writing about whisky for years and have a qualification in distillation, yet I’m often asked by male consumers if I even like whisky and have had my knowledge doubted on several occasions. Most of the incidents are verbal, but the most shocking moment was when I was inappropriately touched by a man who had just attended one of my whisky tastings. He did it so fast and in a crowded space that I didn’t see his face.

The whisky industry itself is incredibly friendly, inclusive and supportive. The sexism mostly comes from consumers who are guided by this outdated perception that whisky is a man’s drink. Whisky producers are starting to move away from stereotypical marketing and are showcasing the amazing women working in whisky, however I believe there is room to improve through consciously ensuring producers’ marketing and advertising is gender and racially-balanced.

Sexist behavior occurs on such a regular basis that you largely become numb to it. Sexism in whisky – especially from consumers – does become generally accepted and to a certain extent expected and internalized after a point.

Most recently, I’ve had to deal with internet trolling on Instagram. Throughout lockdown we hosted a series of Lives on the Master of Malt account, where we invited guests to join us, talk through some spirits and share their expertise. Whenever we had a female guest – so the host and the guest were both women – the trolling was intense, abusive, sexualized and really quite upsetting. It never happened to the same extent when we had a man join the Live. It made me feel incredibly unsafe. While they were reported, the abuse is so common others simply start it up again, or perhaps the same perpetrator opens another account.

Whisky festivals and consumer tastings are often challenging. I’ve had my knowledge questioned a number of times when I’ve hosted a stand or featured as a guest. Often it’s as innocuous as ‘I wouldn’t have thought you’d like whisky’, or ‘I’m surprised you know that’, but it’s belittling, and something male colleagues haven’t encountered.

I have to stress also, this is my experience as a white, cisgender, able-bodied woman who works in whisky. I can’t speak from the perspective of non-white, disabled or trans women.

While I have seen and experienced sexist behavior, it has progressively gotten better over the years. Culture plays a big part in the sexism that we see and experience.

The sexist part of the industry that still exists is the truly outdated marketing of whisky. I’m contacted on a regular basis by companies wanting to send me samples of a whisky that is made “just for women”. In December of 2013, I was part of a movement (started by two male friends on twitter) to take down a very sexist whisky video made by Dewar’s, it was horrific. However, Dewar’s not only took down the video, but also apologized publicly. Six months later I was invited to weigh in on their new advertising series which I thought was very good.

There are still a few whisky clubs in my area that are “men only”. The members there are the dinosaurs that don’t want women to come and upset their old boys club, whisky snobs who are in my opinion seriously out of touch with the whisky fabric of today.   So that sexist culture of “men only” or “be sexy” to sell whisky – needs to change from the inside. We don’t want “girly pink whisky”, we want what truly represents us: Smart, bold and without bull****.

The sexism I’ve experienced is pretty indirect. Emails addressed to ‘Mr Davies’, or going above my head to Sukhinder and Rajbir (Directors of The Whisky Exchange) as I couldn’t possibly be the buyer.

One situation that I heard about was a buyer who tried to use his influence and position to harass a female account manager, knowing that she couldn’t complain because of his position of power, and the potential loss of business. She tried to get herself removed from the account to get away from the situation, and was completely ignored, her fears dismissed as not serious.

I don’t want to be seen or judged as a female buyer, I want to be respected because I am damn good at my job – nothing more, nothing less. My gender should not even be a talking point – that is the world I want to live in.

I’ve had people say to me ‘but do you actually like whisky?’, these tend to come from outsiders who still perceive whisky as a man’s drink. I think, despite a few notable exceptions (like Jim Murray), the industry itself is actually relatively accepting of women, even if some output of the industry (e.g. marketing) still needs a lot of work to be balanced and diverse. My personal experience in the industry is generally very positive but I do think there is still a long way to go to change wider consumer perceptions that whisky can and should be drunk by everyone no matter their gender or skin tone etc.

I wouldn’t change my job for the world, but sexist behavior happens often in my line of work.

Sometimes it’s a passing comment, insinuation, question or even a complaint – sometimes it’s subtle and could be construed as unintentionally offensive but there are regular ‘surprised’ references made to me about being a woman in the whisky industry.

I’m questioned on things to test my knowledge and experience a lot. Questions that are obscure and detailed – almost to check that I’m not just there standing in, covering for the actual staff! That can be exhausting.

On other occasions it’s deemed appropriate to comment on my employment being ‘unusual’, it being a surprise to learn that I know about whisky and that I enjoy drinking whisky. Then there’s the occasions that it’s found acceptable to cross a boundary. Men (always men) cross into the stand uninvited to put their arm around me or hug me. There are also comments on my appearance – as I said, passing comments – but all in all things I don’t see quite so readily happening to my male colleagues. These are not isolated incidents – it happens a lot. Not all the time, but a lot.

Despite the challenges, the numbers of women in whisky have increased substantially over the years – just on The Balvenie team alone, we’ve got our apprentice malt master Kelsey McKechnie, our global ambassador Gemma Paterson, and two of our other key brand ambassadors in Canada (Jamie Johnson) and the US (Naomi Leslie) all flying the flag, alongside so many incredible female distillers, distillery owners and ambassadors at whisky companies worldwide. It’s inspiring.

For the most part, the issues I’ve encountered come from working at whisky shows. Sometimes it’s a person challenging your knowledge, really taking the time to try and call you out, and prove that you’re not capable, or hearing the phrase: ‘Wow, I didn’t expect so much knowledge from a beautiful young woman.’ These are all common. It’s often taken back to appearance, which further undermines the fact that I just know a lot about whisky and that’s all it should be about. That said, I do think there is a genuine groundswell around changing things.

I have an incredible amount of respect for a huge number of genuinely kind, hard working, knowledgeable men in the whisky industry, and I know that they would have my back no matter what someone said. The whisky community is a strong one, and I feel that the more people continue to speak out about the importance of diversity in whisky across the board, the better it will be for everyone out there.

I joined the industry at a period of change, in society as well as whisky. I’ve met women with decades of experience in the industry. Women who, early in their careers, were not progressed and not given the same opportunities for training and development as their male counterparts.

Personally, stereotyping is the most frequent hurdle I encounter (not just from men). There’s always the “do you drink whisky?” question. I don’t know if it is because I am a woman, Canadian, ‘just a tour guide’ or a combination of these factors. It can be a challenge to get some people to take me seriously as a whisky educator.

I do believe that women are being given more opportunities. Their strengths are recognized and developed across the industry. Companies have taken great strides to bridge the gap. I think there are still a lot of unconscious social biases that prevent that last and final step. This is the point where we should focus less on squabbling and more on education – you will never change a person’s mind by telling them they are wrong. If anything, it will likely have the adverse effect of entrenching those beliefs even further.

One incident that has always stuck with me was at a show in the US, where on a ‘whisky speed dating dinner’ someone was very condescending with me about my career progression, so much so that four people who were there came up to apologize for his behavior the day after. That same person, when we first met, had also stared at my legs and said: ‘You’re ravishing. I bet you wake up like that.’

It’s because of this and many other incidents that Becky and I started up a campaign called @ourwhisky – to showcase the modern face of whisky, educate, and shine a light on those that are making a change and a difference.

However, I’ve found the whisky industry to be a very supportive environment – there is always a helping hand, advice, encouragement and a friendly face. I’m proud to see the industry continuing to progress. Women have always been involved in whisky and today they’re a key driving force at Bacardi and throughout the industry. It’s great that finally we’re not just being heard – people are listening, comprehending and making more of an effort to drive change.