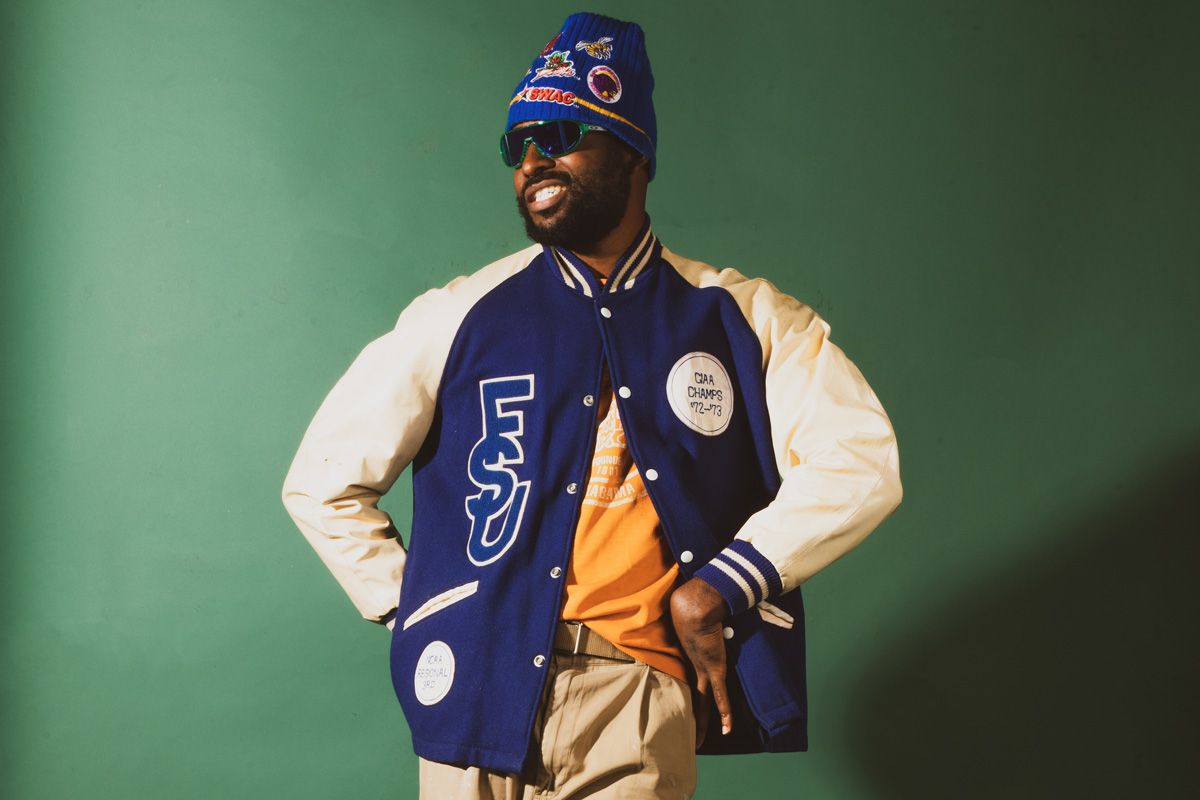 Highsnobiety Sports is our exploration of the intersection between sport and style. Head here for the full series and check out exclusive drops via our online store.

Amechi Ugwu has been archiving and selling vintage HBCU (historically Black colleges and universities) clothing and memorabilia via his brand Torch Sportswear since its founding in 2012. From fleeces to T-shirts to jerseys, Torch is the first brand to sell garments exclusively from America’s 121 HBCUs. Ugwu first made the decision to sell HBCU gear when he was still at Southern University in 2012, and though it was put on hold for a few years in between, the brand has since expanded and found the support of celebrities from Chris Paul to Beyoncé.

But the garments are more than just pieces for show. By sourcing and archiving the clothes, Ugwu is preserving an important part of the Black experience in America and a side of Black culture that is all too often forgotten or overlooked, as it’s tied to the tides of a quick moving popular culture. In addition to the clothing, Torch has a journal on their site where they tell various stories relating to HBCUs and the garments that Torch sells. And even the way that the clothes are procured tell a story; though some of them are purchased online, the rest of the clothes come from word-of-mouth or personal connections. It’s a brand and a way of operating that shows the true power of clothing as more than just dress, but something that is able to represent and display a culture, values, and way of life.

In collaboration with Victory Journal, we spoke to Ugwu about the enormous significance of Torch Sportswear.

Fashion is a big part of the HBCU culture. Every day is like a fashion show. What part did that play in you wanting to archive and sell vintage pieces?

My HBCU experience was a bit different because I was in band. So I didn’t go to all the parties or chill all the time. We practiced every day, and we practiced a lot. During the fall, when all the festivities were going on, we were preparing to perform. A lot of my time was just rehearsal, and going back and forth between class and practicing, which was fun because I love band. I feel like I learned the true definition of dedicating yourself to something. And it was a real commitment.

I really started to get into fashion my sophomore year. It wasn’t something I was always interested in or tried to participate in. I never had Jades. I ain’t got nothing cool everybody was wearing when we was growing up. It wasn’t really a thing for me. But when I started really getting into it in college, one of my roommates used to only wear ties and shirts. That was my introduction. And from there, I built on it and I started to get really experimental in college. I went to class wearing crazy stuff. But it was fun to me. That was the biggest part of it, was that it was fun. Sometimes it felt like I was a different person. I’d be a character almost.

After I graduated, I did some internships at some really small shops, which I think was the best version of retail. Because the owners are still involved and have relationships with these people, and they care about the brand. You get to learn why stuff is good quality. I kept becoming disenfranchised because you have to commit to the brand. And feeling that disenchantment was important, because fashion is one of my outlets and I do whatever I want to do. If somebody’s telling me I can’t wear sneakers and jeans together ever, there’s only so long I could do that.

HBCUs have had a great impact on fashion and pop culture. What do you feel the importance is of making sure HBCUs continue to be represented, not only in the culture or on campus, but in those fashion styles as well?

With HBCUs and a lot of Black culture and history, things have a way of disappearing and then changing over time. It becomes a different story. I think that there has to be some conduit, someone has to be tapped into it, to keep the story alive. That’s where I started Torch. I always talk about how when these objects are together, you look at them and you’re like, “Wow, this is a story.” It’s important that someone does it. And not just for Black people, because with HBCU culture we segment things sometimes, but it’s for all American history. It’s all American culture inherently. It’s important to the whole ecosystem. It’s important to have someone or something be the conduit between those things, pushing that narrative or pushing that story and then also preserving what we have.

You mentioned your reason for starting Torch was to archive those special pieces, essentially archiving history through that process. What does that process look like for you when sourcing those pieces and trying to preserve them?

It involves a lot of digging, because there aren’t very many places that specialize in preserving that type of stuff. It’s all very random. You have to always be present in the stuff. As long as you’re looking, the stuff comes to you. The more I work, the more research I do, I find things. I talk to people who connect me to other things. Most of the clothes that I find I end up selling, but I keep some of them that tell some specific story or meaning.

In March, Ralph Lauren did a capsule collaboration with Spelman and Morehouse that was an ode to those classic styles. What’s your take on that, given that you essentially have one of the biggest archives of vintage pieces that they’re referencing?

I understand why a lot of people are upset about it. But I also realize having worked on this (and now working with the universities) that they’re businesses. They’re companies, and these companies have brands, and these types of partnerships happen all the time. Two brands come together. And that was one of those. They just line up. That’s Morehouse’s image, that’s Spelman’s image, that’s the brand, and I think that Ralph Lauren was just the perfect match for that type of partnership. They’re playing the game. So I’m not mad at it on that front.

Some of the pushback was that we’ve been in a space, especially for the last two years, where white-owned brands are eager to try to align themselves with Black people or Blackness. How will the preservation of vintage pieces and the narrative of HBCUs contribute to people seeing the unsung fashion impacters?

Archiving and paying homage to the past and whatnot has been a big part of the brand thus far. But one of the things I also wanted to do, as far as the brand is concerned, is the concept of Sankofa, or having one foot in the past and also being in the future or in the present. The collecting is going to be archival. It’s going to be something that we can always have to reference, but I think moving forward, that’s not necessarily going to be the narrative. The narrative will be about what’s happening now. What does that look like today? Not what it looked like in the ’90s.

How do you want to evolve Torch?

Do you have any advice for fellow creatives or designers, especially Black designers who don’t always have the resources that a lot of white brands or white business owners have?

So there’s a quote. I’m not sure what the exact words are, but it’s about Arthur Ashe and he says, “Start where you are, use what you have and go from there.” And I think now, more than ever, we have so many tools at our disposal and access to so many of these things that you need that you can use what you have around. Create a community around yourself and do it together. You’ll find ways to make it happen. I’m still doing that today. It’s literally just me for Torch. I’m sitting in front of this window, I’ll have a whiteboard with a chair and I’m taking pictures for Instagram. I’m just using stuff around the house, because that’s what I got. I’m not going to think about what I don’t have. I’m going to use what I have here to try to take the next step.