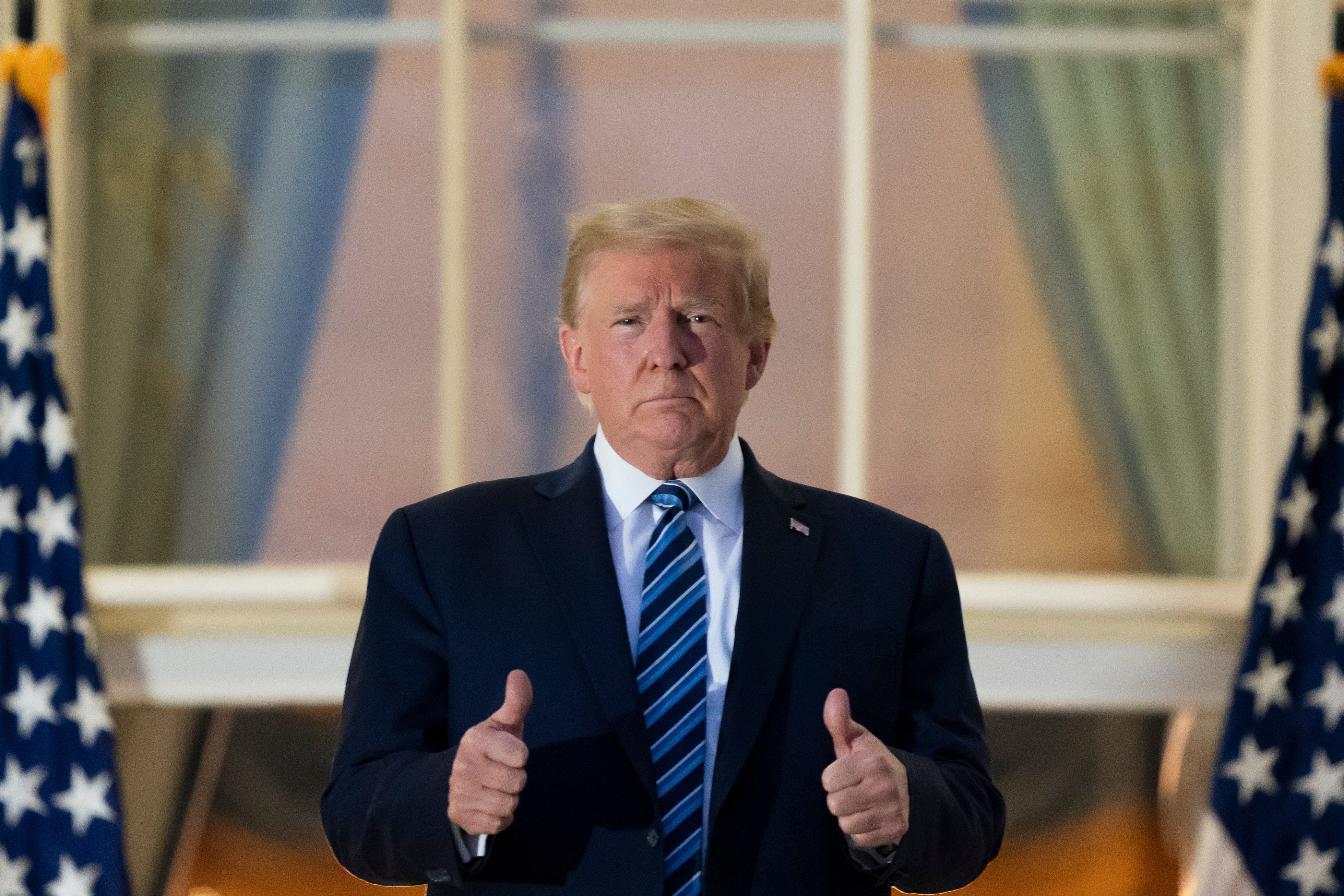 The gift shop –­­ which traces its roots to a 1946 order from then-President Harry Truman but is now privately owned –­­ is selling “Trump defeats COVID” coins online for $100 apiece, following Trump’s infection with the deadly disease and subsequent treatment at Walter Reed National Military Medical Center.

While proceeds from items sold at the shop help pay for firearms and training for smaller law enforcement agencies, the website says 20% of the coin’s proceeds will be donated to COVID-19 prevention and cancer research.

According to USA Today, the coin is part of a series designed by the chairman of the shop, Anthony Giannini, who described the coin as the last in a series meant to depict the president’s “ascendance over and defeat of the deadly COVID pandemic virus.”

“When we heard the sad news of President Trump’s positive COVID test, once again we had faith and prayed but we knew our president would find a way to knock out COVID in early rounds of this battle,” Giannini wrote. “President Trump, as you know, is a fan of boxing, and the new design includes more than a hint of superhero qualities.”

Sales of the coin started before the president was released from Walter Reed National Military Medical Center on Monday. He was hospitalized since Friday and was being given experimental treatments of a Regeneron antibody cocktail and the antiviral drug Remdesivir.

“Feeling really good! Don’t be afraid of Covid. Don’t let it dominate your life,” the president tweeted Monday. “We have developed, under the Trump Administration, some really great drugs & knowledge. I feel better than I did 20 years ago!”

White House physician Dr. Sean Conley, however, told reporters the president was OK to return the White House, which is equipped with its own medical suite.

Hogan Gidley, a Trump campaign spokesman, posted a clip of the president throwing a celebratory fist in the air at a WWE event.

Others within the GOP were more skeptical. Former New Jersey Gov. Christine Todd Whitman, who headed the Environmental Protection Agency in the George W. Bush administration, reportedly described the decision to leave as “irresponsible” and “shocking.”

Whitman is backing the Biden-Harris campaign in November’s general election.

Another former New Jersey governor, Republican Chris Christie, has checked into a hospital after testing positive for the coronavirus. Christie was part of the team preparing Trump for his first debate with Democratic challenger Joe Biden last week.

The coin is scheduled to ship out on Nov. 14, just days after the election.