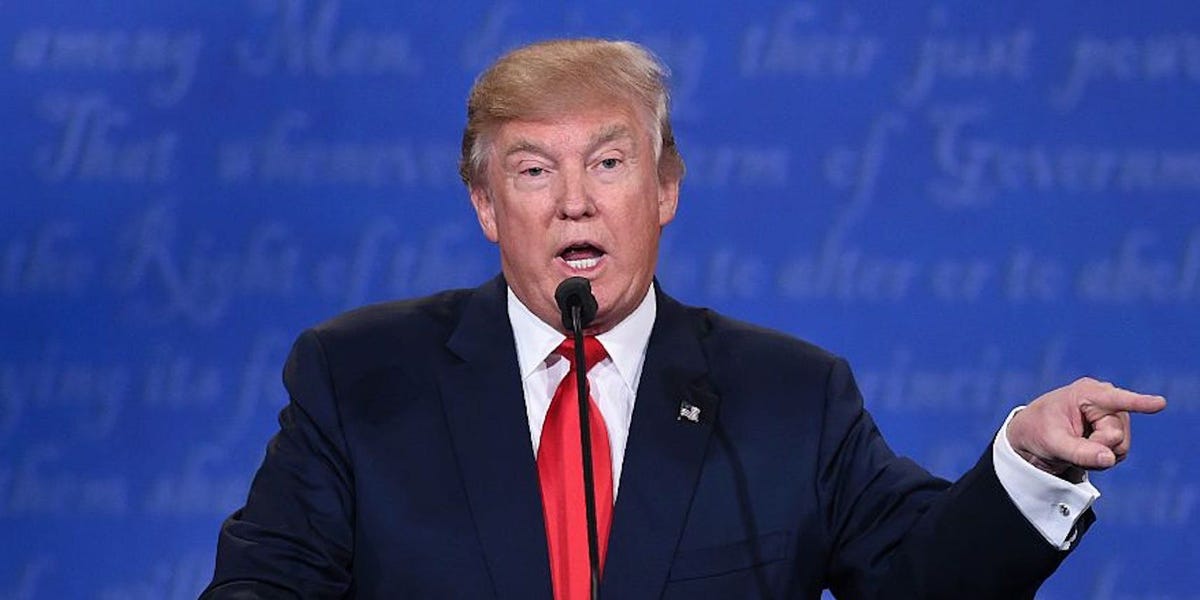 The first presidential debate between President Donald Trump and former Vice President Joe Biden was widely regarded as a train wreck. One major reason: Trump wouldn’t let Biden speak, interrupting him at least 128 times in the 90 minutes, per Slate.

In one instance, Trump interrupted Biden 10 times as the democratic nominee tried to answer one question. Moderator Chris Wallace of Fox News had to beg Trump to stop talking over Biden in multiple instances.

The debate was hard for everyone to watch. But it was especially uncomfortable for women, many of whom have experience being interrupted and explained over by men in professional settings.

One male tech CEO took to Twitter to share a comment his wife made during the debate, writing, “Dude, just so you know. How you’re feeling? This is how it is for women sitting in a meeting *all* the time.”

As of this writing, the tweet was retweeted over 400 times and liked by some 1,800 people who could relate.

Research backs up the impression many people felt last night. Consider one highly cited 1996 Stanford University study, which analyzed conversations between men and women. When talking with the same sex, men only interrupted a handful of times. But when speaking with women, that number jumped to 46 interruptions.

It’s no accident. It’s a power play, the researchers concluded.

“There are definite and patterned ways in which the power and dominance enjoyed by men in other contexts are exercised in their conversational interaction with women,” the researchers wrote.

In addition, a 2014 study by George Washington University found that men interrupted women 33% more than they did men. Women were significantly less likely to interrupt men.

And a 2017 Northwestern University study looking at over a decade’s worth of transcripts of the US Supreme Court found that the trend of men interrupting women continues even at the highest position of law in the US.

As the researchers point out, conversations between men and women are “highly gendered.”

The next debate will be between Vice President Mike Pence and Senator Kamala Harris, and many will be waiting to see how the gender dynamics play out.