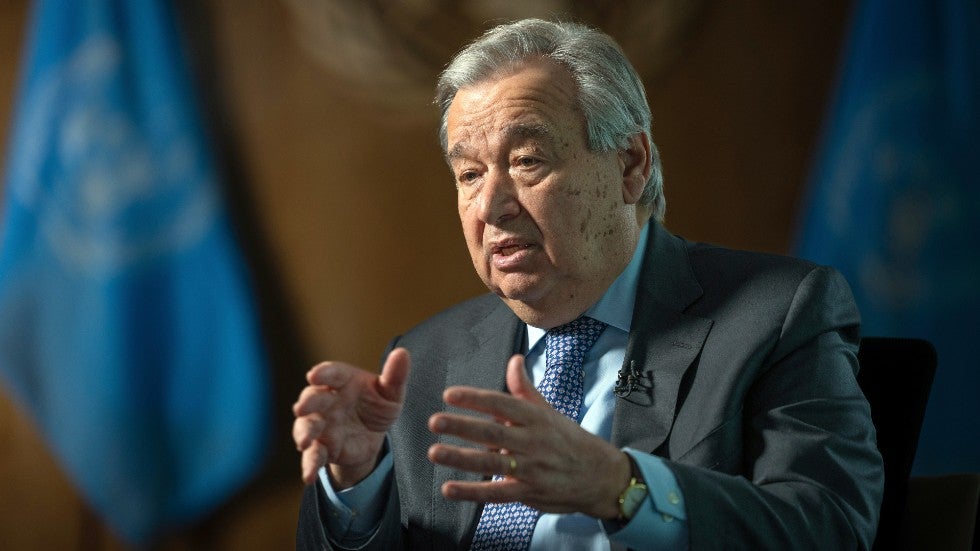 The United Nations (U.N.) secretary-general believes that women’s rights are “fundamental” to pursuing gender equality, according to a spokesman who was speaking about the U.N. chief’s response to the possible overturning of Roe v. Wade.

When asked for a response to the news from the high court, Farhan Haq, a spokesman for U.N. Secretary‑General António Guterres, refused to “speculate what will happen” in regard to the overturning of the landmark Supreme Court case. He did, however, say that the U.N. chief believes that sexual and reproductive health and rights are “foundational” to women’s equality and empowerment.

“The secretary‑general has long believed that sexual and reproductive health and rights are the foundation for lives of choice, empowerment and equality for the world’s women and girls,” Haq said at a press briefing, adding that “without the full participation of 50 percent of its population, the world would be the biggest loser.”

The spokesman added that Guterres has repeatedly noted “a global push‑back” on women’s rights, saying it was “essential” to keep pursuing the matter.

The remarks came after a Supreme Court draft opinion was leaked on Monday night indicating that the court was poised to overturn Roe v. Wade, the landmark 1973 Supreme Court case that established the right to an abortion.

The 67-page initial draft majority opinion was written by Justice Samuel Alito and published by Politico on Monday.

It came in response to a case the court was considering regarding a ban in Mississippi on virtually all abortions after 15 weeks of pregnancy.