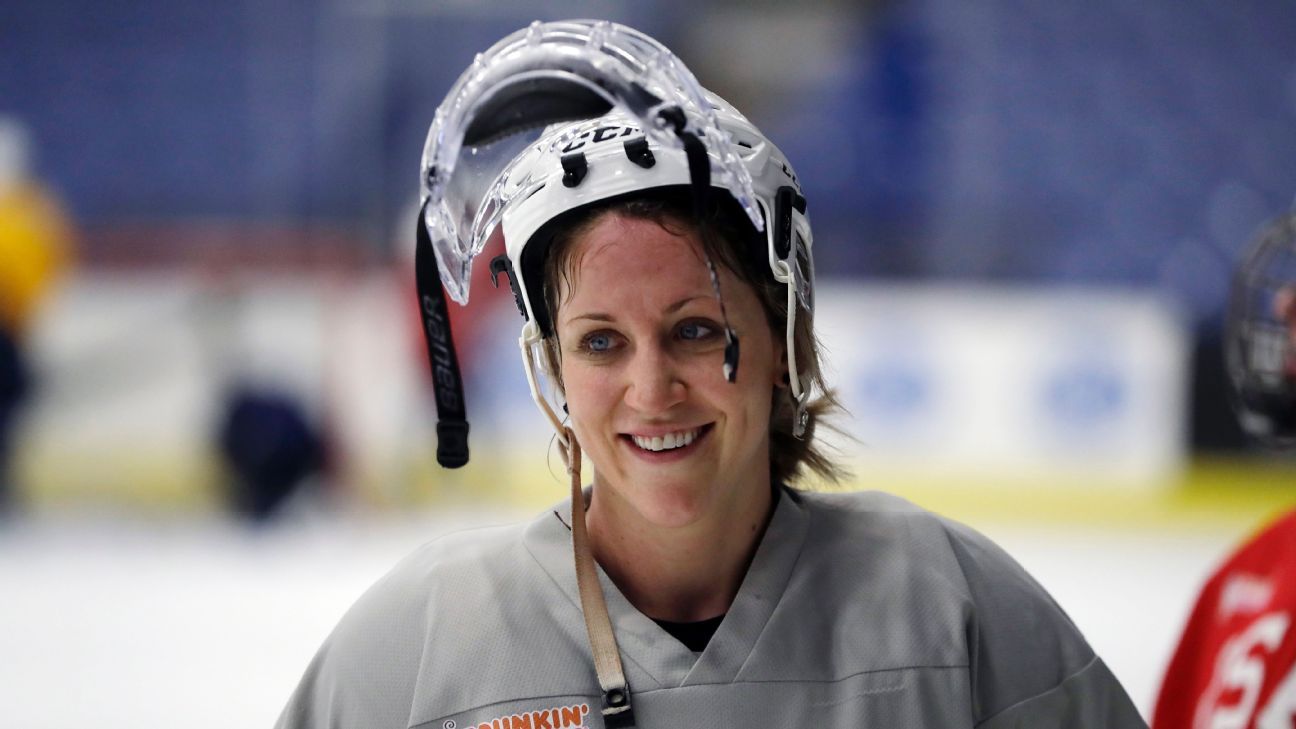 Meghan Duggan, captain of the U.S. women’s hockey team that won Olympic gold in 2018, is retiring.

Duggan, who had a 14-year stint with the national team, announced her retirement in an essay published Tuesday by ESPN.

Duggan, 33, played in 137 games for the U.S. women’s national team, scoring 40 goals and 35 assists. She won seven gold medals at the IIHF world championships and was part of three Olympic teams — winning silver in 2010 and 2014 and taking home gold in 2018 — the American women’s first Olympic gold in 20 years.

“In short, she meant everything,” longtime teammate Hilary Knight told ESPN. “She’s someone we’ll miss truly, but also, we’re very fortunate to have played with her and compete alongside her. Meghan’s voice was instrumental. It always helps when you have a really charismatic leader, especially when you’re trying to get people to buy in. She was able to get us over the tipping point of having us believe in ourselves. There are generations of girls who will benefit because of the battles she helped fight.”

Added Kendall Coyne Schofield, who succeeded Duggan as national team captain: “When you think of a player leaving this program better than when she entered it, that’s Meghan Duggan.”

Duggan was an instrumental voice during negotiations with USA Hockey in 2017, as the women’s national team players threatened to boycott the upcoming world championships until they got equitable support and treatment as the men’s and boys’ teams received. The women and USA Hockey agreed on a landmark, four-year contract — which expires next year — that significantly addressed the team’s concerns. As part of the agreement, the women got increased pay and were promised the same travel arrangements and insurance coverage as the men, and USA Hockey vowed to increase its fundraising and programming for girls’ youth programs.

“There’s a reason Meghan spearheaded our negotiations in 2017, along with the Lamoureux twins,” Coyne Schofield told ESPN. “Of course, her on-ice accolades are endless, but her legacy will also be about her tireless efforts off the ice to make sure the environment was better for players. That fight in 2017 didn’t just make the national team better, it made the game of hockey better for girls and women in the United States. There are so many young players that look up to Meghan Duggan, wear No. 10 like Meghan Duggan, and will continue to be inspired by her.”

In her ESPN essay, Duggan said her team got to the point “we never wanted to get to” by threatening a boycott. “It’s not easy to stand up to an establishment,” Duggan wrote. “Past players and mentors, like the legendary Cammi Granato, advised us: If you are going to go after something this monumental, you all have to be on the same page. Any female hockey player in the United States needed to know why we were doing this. … We had to stick together, trust our guts, and have confidence that this was the right thing to do.”

“She challenged not just her teammates, but everyone involved in women’s sports to fight for something greater every single day,” Bellamy told ESPN. “I just think her presence on the ice made everyone around her better. No matter if it was practice, in the weight room, in the locker room getting ready for a big game. Her presence was indescribable; you just felt so much confidence around the room having her around.”

Granato, a former captain of the U.S. national team and Hall of Famer, said she was introduced to Duggan in 2017, as Duggan was looking for advice ahead of negotiations with USA Hockey. Granato said she was “extremely impressed” by Duggan’s leadership throughout the process.

“It took so much courage,” Granato told ESPN. “She put her neck on the line for the better of the game. That, to me, in some ways bigger than a gold medal. That is her legacy, as well as her commitment to the sport, commitment to win, and her ability to lead in a very healthy way.”

Granato then met Duggan in person later in 2017, along with the rest of the national team, on a visit at the Nike campus in Oregon. Duggan and Team USA were preparing for the 2018 Olympics, after coming off back-to-back silver finishes.

“She wanted to take every note about everything that resonated with her about our experience as gold medalists,” Granato said. “The whole team wanted to know everything about our team and what made it work. But I did notice, Meghan in particular, was very interested in jotting everything down. It was like, ‘Tell us everything you know, because we want to win. We have to win.’ It was so important to her.”

Duggan is a native of Danvers, Massachusetts, and played at the University of Wisconsin. She was the 2011 Patty Kazmaier Award winner as the best women’s college hockey player in the country.

Duggan played six seasons of professional hockey across the CWHL and NWHL and has been a member of the Professional Women’s Hockey Players Association since its inception in 2019. The group is fighting for a sustainable professional women’s hockey league in which players can make a living wage. She also is a member of the board of directors at USA Hockey, serves on the board of trustees at the Women in Sports Foundation, and recently was named to the NHL’s Player Inclusion Committee.

Duggan said she would like to stay involved with hockey but will take time to figure out in what capacity. “I’ve always dreamt about becoming the first female GM of an NHL team,” Duggan wrote. “And who knows, maybe one day.”