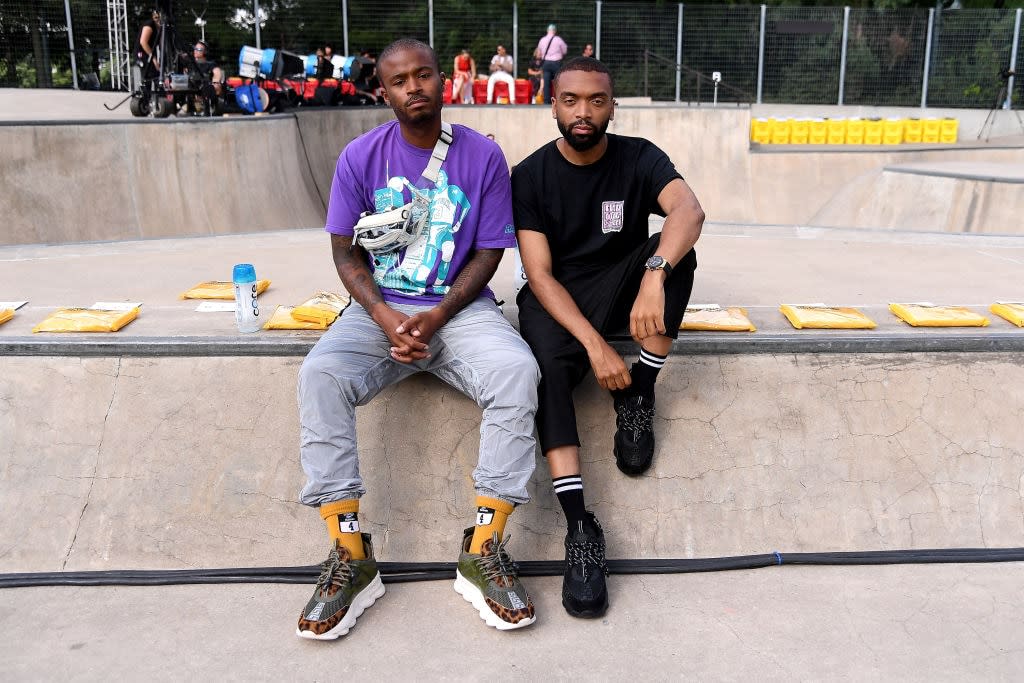 He declared officers were searching him for “shopping at the store [he] works for and just being Black.”

In the video, the officers claim Bembury was jaywalking. The shoe designer had his ID and presented it to officers, who let him go on his way.

“So you checked my ID. Do I have anything on my record?” Bembury asked one of the officers.

“No sir, you’re good to go,” the officer replied.

Bembury later went on his Instagram story to share what happened in more detail but explained that he was now safe. Donatella Versace, chief creative officer of the iconic label founded by her brother Gianni, said she was “appalled” at the incident.

“I am appalled this happened to Salehe Bembury today. He has been a consultant at Versace for a long time and the behavior he experienced is totally unacceptable. He was stopped on the street solely for the color of his skin. Stay strong @salehebembury. Sending you love and support x,” she wrote.

The New York native who now lives in Los Angeles, recently told Hype Beast that he enjoyed hiking to unplug and get away from the noise.

Read More: In the fight for Black lives, police remain arbiters of the truth

“I spend that time on the hike thinking and analyzing,” Bembury said. “In a society filled with screens and notifications, it’s been fulfilling to unplug. There’s a thick tension in the air that you can almost taste during these times, and I’d hike 4,000 feet above it all, to a destination above the clouds. There, I’d meditate, observe and listen. That was my newfound peace. This consistent experience with nature has given me what most designers claim to never have: time.”

The post Versace VP Salehe Bembury says he was profiled by police for ‘shopping at store I work for’ appeared first on TheGrio.