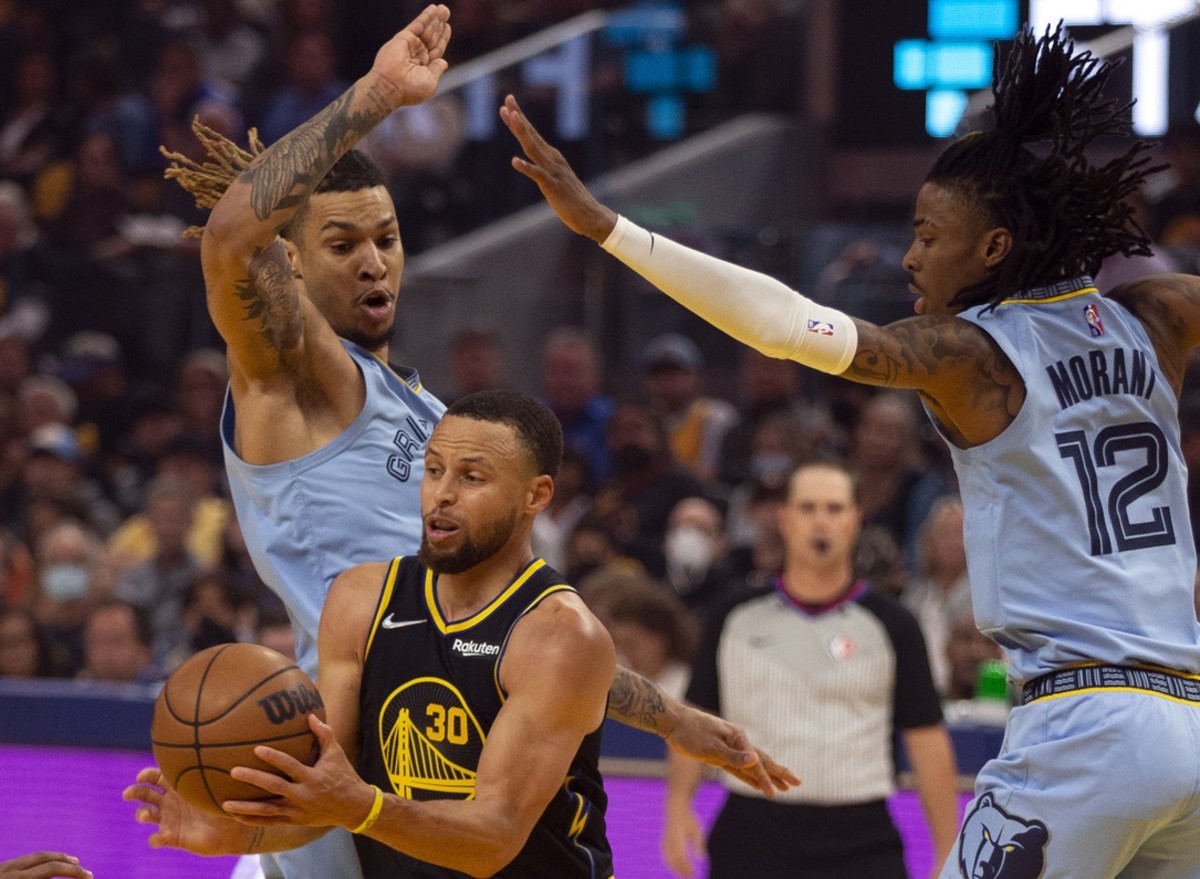 After a heart-breaking loss in Game 2, the Golden State Warriors were determined to make a statement Saturday night.

With a 142-112 win over the visiting Memphis Grizzlies, Golden State did just that to take a 2-1 series lead in the second round of the Western Conference Playoffs. Behind 30 points from Stephen Curry as well as 27 from Jordan Poole, the Warriors have a chance to take a strangle-hold grip on the series.

Coming off of an emotional game three days prior that saw the Warriors lose one of their premiere defensive players in Gary Payton II, Golden State was eager to get back on the hardwood. But a slow start for the third-straight game put the home team behind by as many as 13 points in the opening quarter.

Shooting over 70-percent from the floor in the first half, though, Golden State crept back into the game and took a seven-point lead into the locker room at halftime.

Coming out of the break, the Warriors jumped out to a 15-point lead thanks to an 8-0 run fueled by two Klay Thompson three-pointers. Sinking 4 of his 6 triples, Thompson dropped 21 points.

“I liked his poise and his patience,” Warriors head coach Steve Kerr said. “When we’re getting good shots, the chances of Klay getting hot are higher.”

In addition to Thompson, the Warriors got another 25-point-plus game from Poole, who tallied 27 on the night. His dribble penetration exposed Memphis which allowed Golden State to score 62 points in the paint.

By the game’s end, which saw over four minutes of garbage time thanks to an old-fashioned blowout, the Warriors finished shooting 63-percent from the field — their best outing so far this post season.

With the huge win, the Warriors have a chance to take a 3-1 series lead Monday night when the tip off against Memphis for Game 4 at Chase Center.