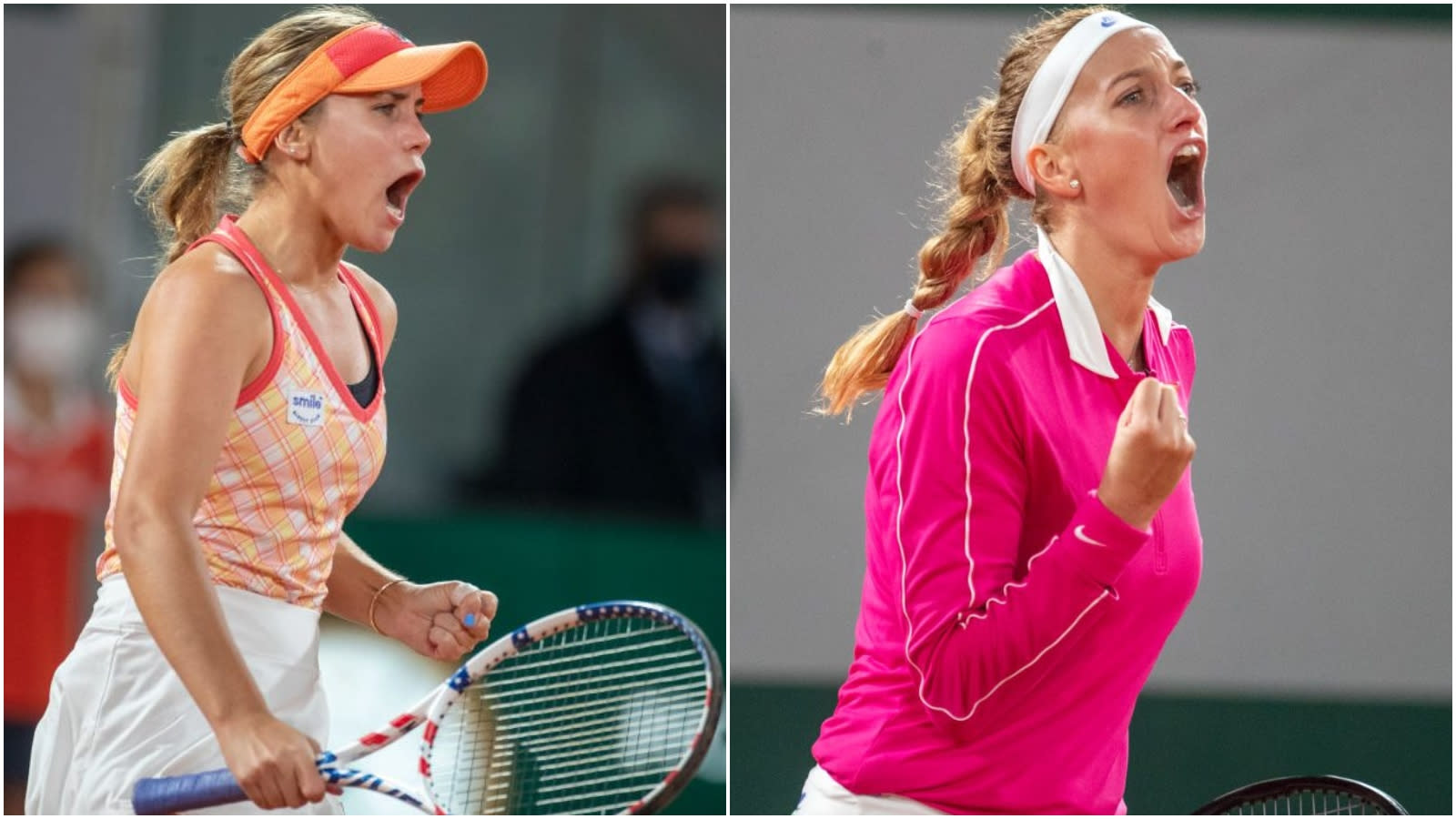 American Sofia Kenin and Czech Petra Kvitova play for a spot in the French Open final, live on NBC Sports on Thursday.

Kenin, the fourth seed and Australian Open champion, and Kvitova, the seventh seed and two-time Wimbledon champion, meet in the second semifinal at Roland Garros.

Coverage begins at 11 a.m. ET on NBC (live on East Coast), NBCSN (live across the country), NBCSports.com/live and the NBC Sports app.

The winner gets 54th-ranked Iga Swiatek of Poland or 131st-ranked Nadia Podoroska of Argentina, guaranteeing the lowest-ranked women’s French Open finalist since the inception of computer rankings in 1975.

Kenin is bidding to join Venus and Serena Williams as American women to make multiple Grand Slam finals in one year since 2006.

Kenin came into the tournament without the typical amount of buzz accompanying a No. 4 seed. She was swept 6-0, 6-0 by Victoria Azarenka in her lone clay-court match before Paris.

But Kenin, born in Moscow and raised in Florida by Russian parents, showed the fighting spirit so apparent in her playing style. She won four of her five matches in three sets to reach her first semifinal at Roland Garros.

Kvitova endured so much since her previous French Open semifinal in 2012. It was at Roland Garros that she made her return in 2017 from a knife-wielding robber attack in her home the previous December.

Kvitova, winner of the WTA Tour’s sportsmanship award seven years running, was in tears after winning her fourth-round match on Court Philippe Chatrier, the same venue as her first match back on tour in 2017.

In the quarterfinals, she swept 66th-ranked German Laura Siegemund to reach the final four without dropping a set.

OlympicTalk is on Apple News. Favorite us!

IOC plans for international spectators for Tokyo Olympics as confidence …