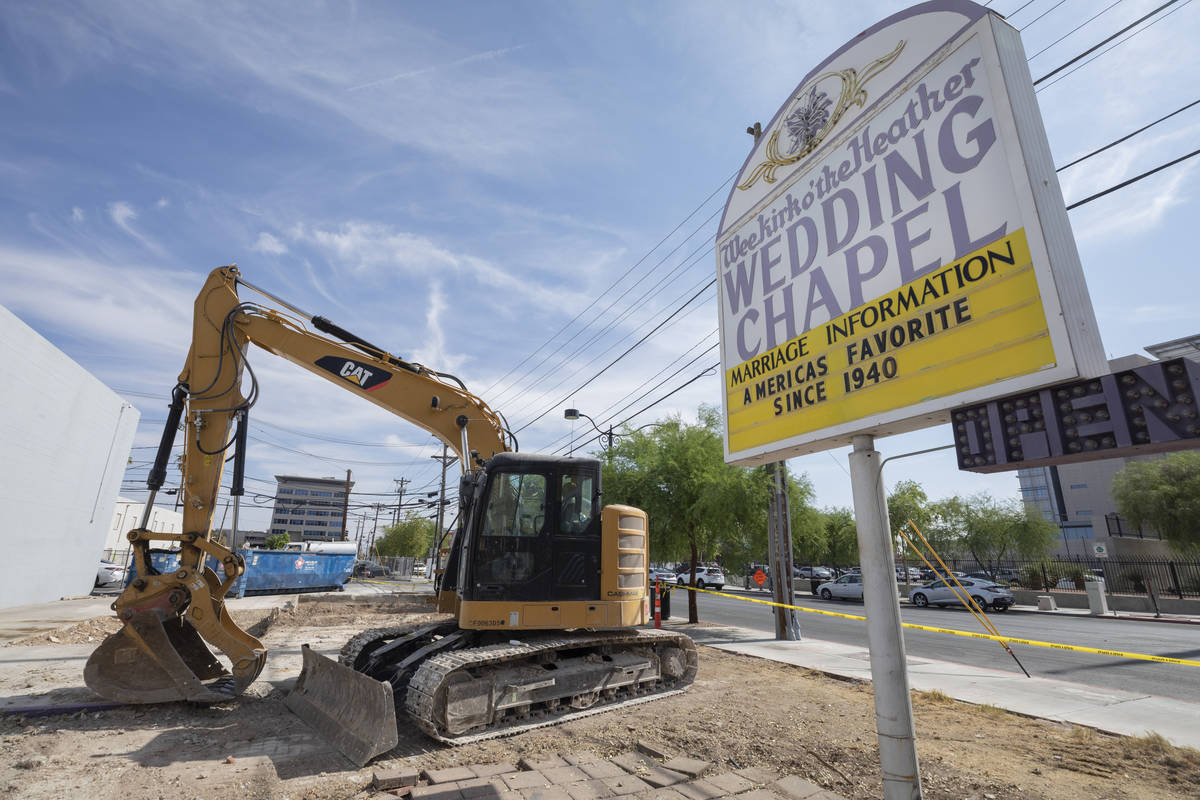 A city spokesperson said Monday that the tear-down was not initiated by the city or a result of a code enforcement issue, but instead performed by the private owner. The chapel was sold for $950,000 in April to an Illinois-based buyer, Clark County property records show, and the new owner could not be immediately reached for comment.

Before the chapel sold in April, it was in the hands of its previous owners since 1980, property records show.

If the chapel had been on the Las Vegas Historic Properties Register, demolition approval would have been required by the city Historic Preservation Commission, according to city spokeswoman Natasha Shahani. But even with older buildings not on the registry, the city’s historic preservation officer is advised and visits the site before it is torn down, she said in an email.

The demolition permit request was submitted on Thursday, Shahani said, but it was still under city review when the work began on Friday.

Hallmark of the industry

The Wee Kirk chapel — formally the Wee Kirk o’the Heather, which translated from Scottish means “The Little Chapel of the Lucky Flowers” —was built in 1925 as an adobe residence, comprised of bricks and grass, with some mud built in to be baked by the sun, before it transitioned to a wedding chapel about 15 years later, according to Swank.

“It was made from Las Vegas dirt,” she said.

According to its website, which is still online, a slew of celebrities tied the knot at the chapel, including Kirk Douglas, Rita Hayworth, Wayne Newton and Cindy Crawford.

Swank said the foundation was being inundated on social media by people lamenting the chapel’s demolition, speaking of their own experiences with a site that “really marked a lot of the beginnings of that massive (wedding) industry,” she said.

More than 630 people by mid-afternoon Monday had signed a Change.org petition requesting a city ordinance that would require officials to alert the public anytime a building, structure or site at least 40 years old is slated for demolition.

Such a review is not uncommon in other cities, according to Swank, and would at least provide an opportunity for talks about alternative plans to preserve a property that might possess historical value before destroying it.

“I think just having that time, then we can go in and help identify how to reuse the building best,” including exploring grants and tax credits to pay for renovations if necessary, she said. “Once we demolish it, we’re done.”