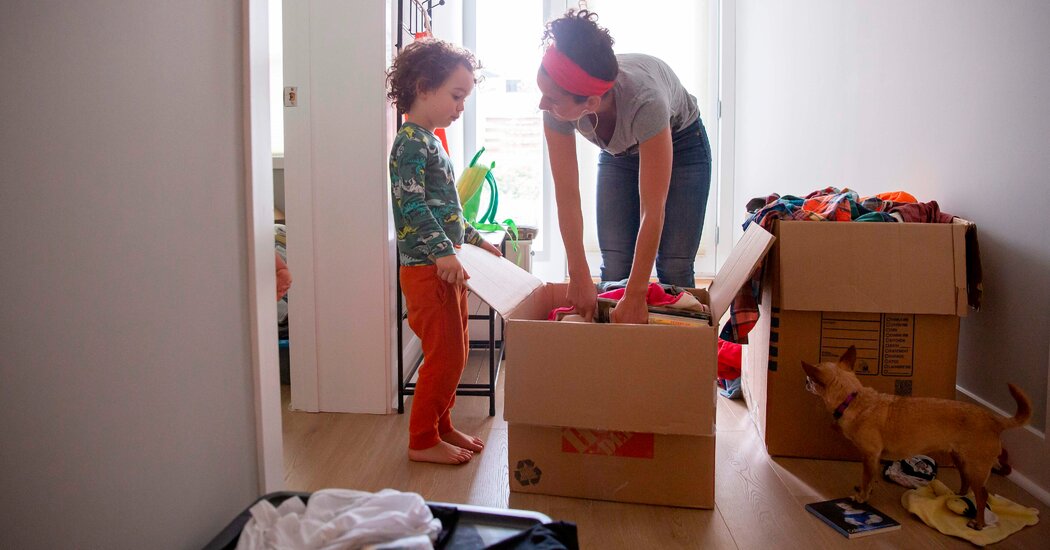 “The bigger the wage gap across spouses, the smaller the labor supply of the secondary earner, which is typically the wife.”

— Stefania Albanesi, an economics professor at the University of Pittsburgh

The September jobs numbers, released by the Labor Department on Friday, confirmed what economists and experts had feared: The recession unleashed by the pandemic is sidelining hundreds of thousands of women and wiping out the hard-fought gains they made in the workplace over the past few years.

While the U.S. unemployment rate dropped to 7.9 percent in September, far below the record high of nearly 15 percent in April, a large part of that drop was driven not so much by economic growth — though there were some job gains — but by hundreds of thousands of people leaving the job market altogether.

A majority of those dropping out were women. Of the 1.1 million people ages 20 and over who left the work force (neither working nor looking for work) between August and September, over 800,000 were women, according to an analysis by the National Women’s Law Center. That figure includes 324,000 Latinas and 58,000 Black women. For comparison, 216,000 men left the job market in the same time period.

At the start of the pandemic, the job losses among women were a direct result of the collapse of female-dominated industries like hospitality, education, entertainment and even some parts of the health care system.

But even as parts of the economy stirred back to life, the data suggests that some women were actually opting out.

A key factor in their decision? The persistent gender wage gap, experts said.

“The earnings gap issue is a big part of the story at this point,” said Stefania Albanesi, an economics professor at the University of Pittsburgh who has studied gender inequalities in the work force.

Throughout the year, there have been signs of women buckling under the burden of unpaid labor while juggling full-time jobs. A report from Lean In and McKinsey & Company, published in September, found that of 40,000 women surveyed across corporate America between May and August, 1 in 4 was contemplating resigning or downshifting her career — perhaps going part time, leaving for a less demanding job or finding a job with better work-life balance.

As the caregiving burden increased, with many schools and child care centers still shuttered heading into the fall, many women — particularly white women — made the decision to bow out of the work force.

“White families tend to have higher wealth and higher average income so they can afford to reduce labor supply, compared to most African-American households, where earnings are quite low,” Professor Albanesi said.

“The bigger the wage gap across spouses, the smaller the labor supply of the secondary earner, which is typically the wife,” she said.

Dropping out of the work force completely has long-term consequences not just for the woman trying to re-enter the work force down the line but also for women’s overall position in the work force, said Matthias Doepke, an economics professor at Northwestern University who is the co-author of a report published in August about the gendered impacts of this economic recession.

“First of all, it takes some time to find a new job,” Professor Doepke said, “but what’s actually more important is that it’s even more difficult to find a job that is comparable and to get back to the same career position.”

“So we see that even decades after a recession, people who lost their jobs often have low earnings,” he added.

That, in turn, has an impact on the wage gap. According to Professor Doepke’s research, this recession will likely widen that gap by five percentage points, further perpetuating the conditions that drove women out of the workplace this year.

“We’ve now lost a lot of ground that we had gained very, very slowly over the last decade,” she added.

In Her Words is available as a newsletter. Sign up here to get it delivered to your inbox. Write to us at [email protected].