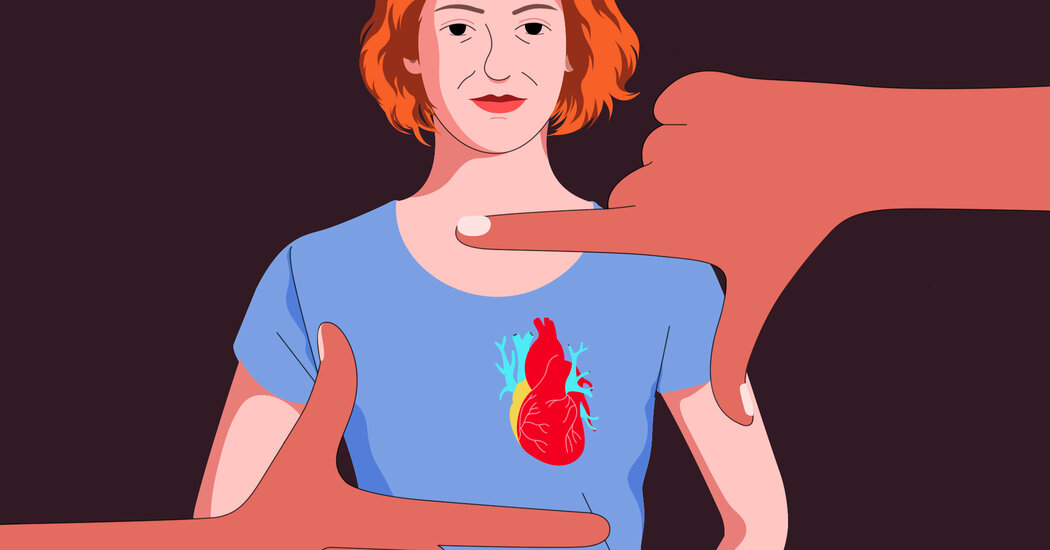 “There’s a lack of understanding in both women and men that a heart attack does not have to cause chest pain or these incredible movie-like symptoms,” said Dr. Jacqueline Tamis-Holland, an author of the January study and a cardiologist at Mount Sinai Morningside in New York.

Dr. Tamis-Holland said there were other reasons for the delays. One is that women don’t consider themselves to be as vulnerable to heart disease as men. Previous studies have shown that they are more likely to dismiss their symptoms as stress or anxiety. They also tend to develop heart disease at later ages than men. In Dr. Tamis-Holland’s study, the women who had heart attacks were, on average, 69 years old, while the average age of the men was 61.

But younger women are not immune to heart disease. In fact, recent studies have found that heart attacks and deaths from heart disease have been rising among women between the ages of 35 and 54, in part because of an increase in cardiometabolic risk factors like high blood pressure and obesity.

“I think a lot of young women cannot believe they have heart disease because it’s never been labeled as a disease of young women,” said Dr. Lansky at Yale-New Haven Hospital. “Second, the symptoms in younger women are even less typical — there’s less of the elephant-on-the-chest feeling and more indigestion, shortness of breath, malaise, fatigue and nausea — things that are not very specific. That makes it difficult for them to identify it as a problem.”

Experts say that more outreach and education is needed to help women and men recognize the signs and risk factors for heart disease. But Dr. Lansky said she also wants to empower people to become advocates for themselves. If you suspect something is wrong with your health then do not let a health care provider turn you away until you have answers, she said.

“If you’re not feeling right and you think that in the realm of possibilities is an issue with your heart, then you should spell it out,” she said. “Say: ‘I am concerned I may be having a heart attack, and I want an EKG just to be sure.’ Nobody in the emergency department is going to say you can’t have it. But sometimes they’re just not thinking about it, so it’s good to flag it.”

Dr. Lansky recommended that people be as detailed as possible when describing their symptoms, which can lead to better diagnoses. She also pointed out that the Hollywood depictions of people clutching their chests during a heart attack can be misleading: Often people experience chest pressure or tightness because of heart disease, rather than pain. They may also feel unusually fatigued or short of breath in response to slight exertion. “If you used to go up and down the steps and now you have to stop to catch your breath, that should raise a red flag,” she said.