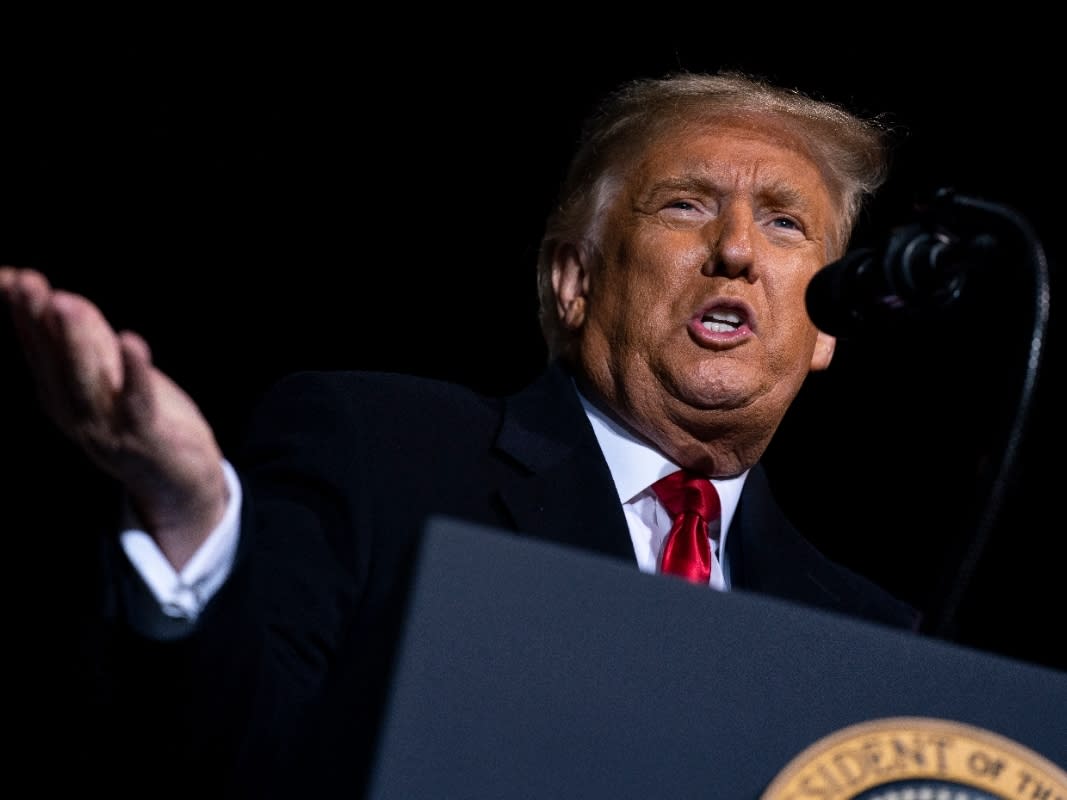 JOHNSTOWN, PA — President Trump on Tuesday held a rally in Pennsylvania in which he implored suburban women voters that he needs to win the Nov. 3 election to support him.

“Suburban women: Will you please like me?” he asked. “Please. Please. I saved your damn neighborhood, OK?”

Trump has returned to the campaign trail after having tested positive for the coronavirus almost two weeks ago. After a rally in Florida on Monday, he made his second public appearance outside of Washington since being diagnosed with the virus.

He spoke for more than an hour in Johnstown to a crowd of thousands, most of whom were not wearing masks or observing social distancing despite the coronavirus outbreak. Claiming he was now immune from the virus, Trump offered to kiss members of the audience.

His pleading with women voters comes after a recent survey in The New York Times indicated that Democratic presidential nominee Joe Biden had a 15-point lead among females, but Trump ignored the polling results in his remarks.

“We’re going to see that the women really like Trump a lot,” the president said.

Trump predicted a repeat of the 2016 election, in which political commentators and observers predicted he would not receive much support from women.

The Keystone State’s 20 electoral votes are tied for fifth-most and Pennsylvania was one of three traditionally blue states that propelled Trump to victory in 2016. Trump was the first Republican presidential candidate to win Pennsylvania since George H.W. Bush in 1988.

But Trump’s margin of victory over Hillary Clinton was razor-thin. More than six million votes were cast in Pennsylvania and Trump won by 44,000 – or less than one percent. Even a minuscule voter shift could tip the state to Biden.

A Monmouth University poll released last week has Biden leading over Trump by a 54 percent to 42 percent margin. That’s a significant jump over last month’s Monmouth survey that had Biden leading by just four percentage points in the Keystone State with a 49-45 percent edge.

Biden on Tuesday was campaigning in Florida, another battleground state that Trump likely needs to win to remain in office. He told a group of seniors that Trump believes they are “expendable” and “forgettable.” This followed a Tweet by Trump that mocked Biden as fit to be a resident of a nursing home.

You can view the president’s Johnstown remarks here:

This article originally appeared on the Pittsburgh Patch