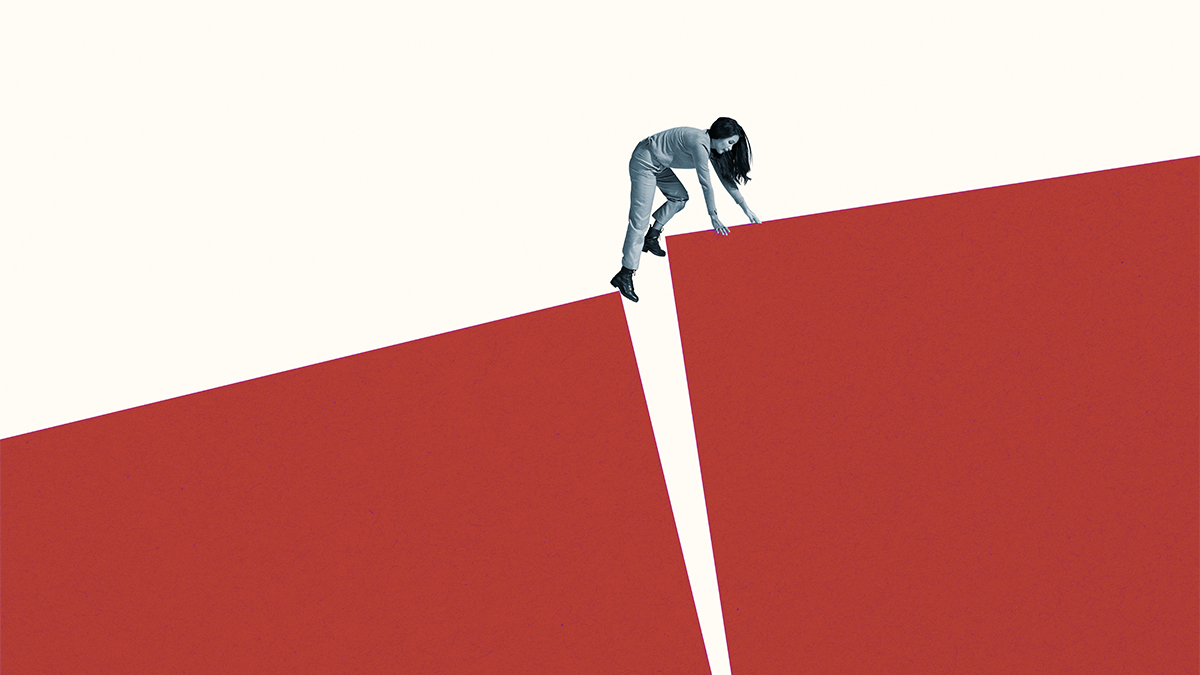 Especially as life spans and careers get longer, we hear more about careers with two phases: A steady, effortful climb upward towards commercial success, and then a second phase dedicated to service to others. But for many women, the reality is exactly the reverse. It’s the first half of their lives that is spent balancing professional growth with serving and caring for a variety of others — often children and family — and the second half that affords them the possibility of prioritizing their own voices and ambitions. Many younger women feel trapped while in the first stage; for them, the existence of the second is welcome news. And as men’s career paths begin to look more like women’s, businesses and policy makers will need to take this alternative pattern into account for all their employees by extending flexible and part-time policies to the growing number of over-50 employees who may want the same.

Careers are often depicted as having two phases: a steady climb upward towards commercial success, fame and power, which is then capped by a period of continuing effort dedicated to service to others. Case in point: David Brooks wrote a recent book about later life, called The Second Mountain, in which he describes the turn toward others and giving back that comes after the ego-driven, me-focused phase of first adulthood. Especially as life spans and careers get longer, this shape is codified in prestigious programs like Harvard’s Advanced Leadership Initiative, or Stanford’s Distinguished Careers Institute, which offer 60 year olds a year to pivot from profit to purpose. We now accept this pattern as the norm.

But for many women, the reality is exactly the reverse. It’s the first half of their lives that is spent balancing professional growth with serving and caring for a variety of others — children, parents, communities — and the second half that affords them the possibility of prioritizing their own voices and ambitions. Many younger women feel trapped while in the first stage; for them, the existence of the second is welcome news. And as men’s career paths begin to look more like women’s, businesses and policy makers will need to take this alternative pattern into account for all their employees.

The conflicting demands on younger professional women are well documented but worth reiterating. Women are (still) socialized to spend the first half of their lives taking care of everyone else. Even the most liberated, educated and ambitious women often find themselves caught in care roles they can’t avoid because political systems and priorities and corporate career management weren’t designed with them in mind. (Sadly, we can’t all live in New Zealand or Norway, countries led by gender-balanced governments, that have addressed some of these issues.)

And it’s not just governments to blame; societal norms still lean to women still marrying men a few years older, and thus higher earning, than themselves. They then often cede career priorities to economic realities. (It’s less costly for the woman to step away from her job to care for the kids.) The Covid crisis may have exacerbated these sorts of choices among two-career couples, sending us back to the 1950s on gender roles. The age-old problem of “who’s going to take care of the kids,” has not yet been adequately resolved in most countries, despite the heartening trend towards shared parental leave and increasingly involved fathers.

Younger women juggle all this with pressure in the workplace itself: pleasing their bosses, dressing to impress (a mega motor of the billions raked in by cosmetics and hair color companies), and being leaders while bringing their authentic selves to work.

But there’s a second half to this story. Around 50, some women are able to begin to prioritize their own voices and ambitions. These women are done with menstrual cycle variations, their kids have flown the nest, and work can be their focus — which feels like a liberation. “It took me until 60 to discover that ‘No’ was a complete sentence,” as Jane Fonda once described the turn. Women at this stage have time for self and couple, weekends that aren’t dedicated to serving everyone else, opportunities for self-actualization and the maturity to know what they want. That doesn’t always make things easier: There is a spike in divorce at this age as some women decide that their relationships support or block their dreams.

Importantly, many women reach their career peaks in this second stage. Consider the women running Germany, the IMF, the European Central Bank. The new head of Citi, Jane Fraser, is the first woman ever to run a Wall Street bank. More recently, we’ve seen many more women leaders visibly step into global leadership of the crisis with talent and aplomb – and a different sort of playbook.

The biggest implication here is the advice I give to women in the throes of the early phase: You can relax. Your 30s are not the make-or-break acceleration phase of all careers as we’ve been told. It’s just an early, building phase for all humans who want to parent. Keep learning and growing, but you don’t need to take the stretch job, move to China to earn a promotion, or forsake your kids for your job. At 53, Citi’s Fraser reflected on the shape of her career: “You can’t have it all at the same time. You can have it all spread over decades … when the kids were little, I needed to be around more, but it’s different now.”

But the implications here aren’t just for women. Men and women in the Boomer generation are blending roles more than ever before, and other generations are following suit. The Covid crisis has seen massively more men moving into a place long familiar to women, the complete de-compartmentalization of personal and professional lives. The majority of couples are now dual career, so the parenting role should be more easily shared out across genders.

As a result, yes, business leaders need to understand that women’s career shapes may be different than the up-or-out model still dominant in most talent management programs. But they also need to create more flexible systems for all employees so that people can work where and when they want (spurred along by the Covid work-from-home revolution)— and so that they can craft the path that works best for them across decades. And policy makers are already recognizing this: “Shared parental leave” is being gradually accepted in a number of countries. (We still need to get companies and managers to support men to take it). If economies really want women to work and to lead, they need to support men being able to stay home and parent.

But it’s not just the early parenting phase that needs adjusting, it’s also the latter chapters of multi-phased lives. Managers and organizations will need to be skilled at supporting both men and women through the reshaping and pacing of careers that stretch over 50 years.  Decades ago, Peter Drucker presciently predicted that “In future, there will almost certainly be two distinct workforces, broadly made up of the under 50s and the over 50s respectively. These two workforces are likely to differ markedly in their needs and behavior, and in the jobs they do.” It’s not that we’ll necessarily need to invent new systems to meet these needs. Smart companies have already been flexing how, when and where careers evolve for years — first for women, then for all sorts of caregivers. We’ll just need to extend the offering of flexible and part-time policies that good employers introduced for parents to the growing number of over-50 employees who may want the same. Many won’t want, or be able to afford, to retire and companies won’t want to lose their knowledge, experience and skills.

We are moving into a world where there are going to be proportionately many, many more older humans than we’ve ever, as a species, experienced before. What they want and need, how they live and behave, who and what they vote for, and what they actually do with all those extra years, will affect everyone. Robert Kegan thinks the maturity of later adulthood gifts humanity the potential for salvation through wisdom. When I think of these complementary trends unleashed, and a mass of older men giving back and older women leading, I agree with him.