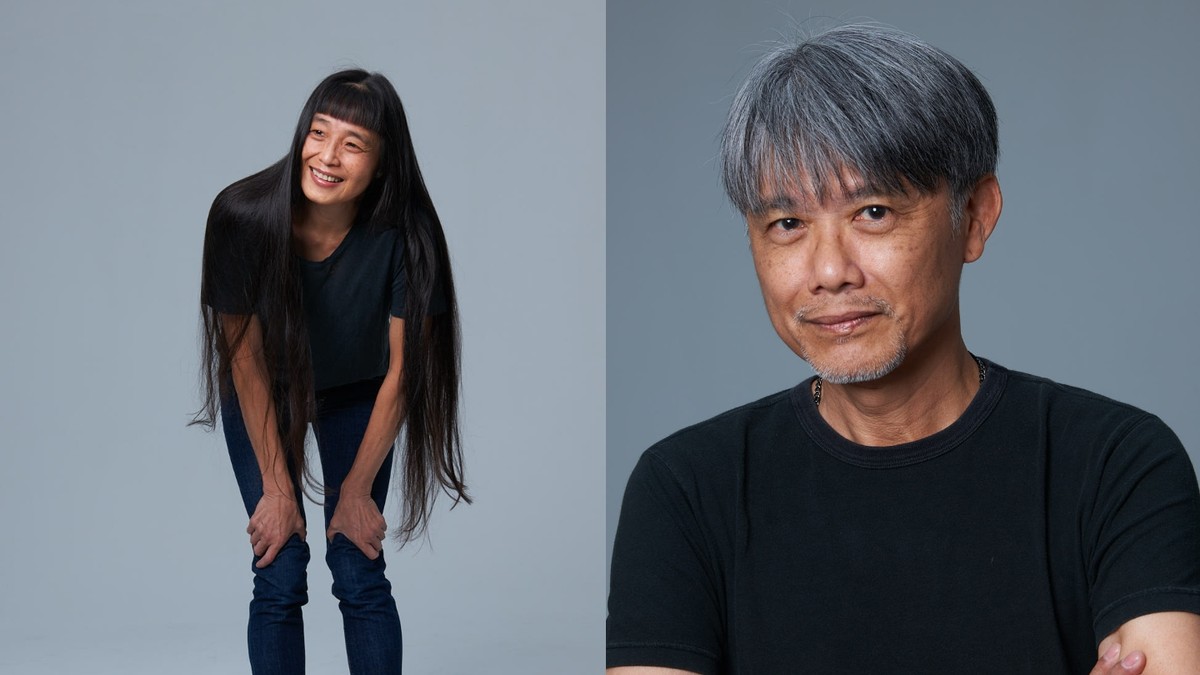 Ping Sie, 58, had never modeled before, having spent her career working in her family’s business. A strong proponent of keeping things natural, Ping Sie has been makeup-free for almost 20 years and hasn’t changed her hairstyle since high school. She also never expected to one day pose for a major fashion magazine

“It was an experience I’ll never forget, at 58 [years old], doing it for the first time,” she told VICE, about the experience, adding that age doesn’t mean a thing to her.

“In terms of our ability to do things, it doesn’t really matter. To me, it’s just that we have more wrinkles doing it than other people. That’s all.”

Ping Sie is represented by Platinum Angels Management Agency (PAM), a Singapore-based modeling company with talents who are all 50 years old and up. Founded in September 2019, it’s billed as the first modeling agency in Asia that exclusively represents senior models.

“The DNA of the firm is diversity and inclusion,” co-founder Béatrice Andre-Basse told VICE over a video call from their office.

Having modeled in her teenage years before embarking on a career in banking, she moved to Asia from France in 2017 to pursue modeling again in her mid-50s. But she quickly noticed that there was a sore lack of models in her age group.

“I realized that I was the only one with gray hair,” said Andre-Basse. “I was surprised that I was alone because in Europe and in Russia, there are very big agencies [with departments] specializing in senior models.”

It was against this backdrop that PAM emerged, under the guidance of Andre-Basse and two other ex-models who are now looking to revitalize the industry with a group of passionate talents—many sporting salt-and-pepper hair.

They aren’t usually associated with the manicured faces of the fashion industry—dominated by fresh, youthful talent—but they’re confident that they’re part of a growing market for senior models.

Across the world, senior citizens are increasingly turning to pursuits that are usually thought to be reserved for the young and bold, such as strutting down runways and becoming YouTube stars. In Singapore, some senior models are already tackling fashion in, quite literally, granny chic.

“We want to accompany the senior population to feel better and to still be in the community,” said Andre-Basse. “We want to change the world.”

Besides catering to a growing silver economy, which sees older models employed in campaigns aimed at older consumers, PAM is also intent on having its models participate in fashion campaigns that challenge conventional ideas of fashion aesthetics. This is why there are practically no physical requirements to join the modeling agency—as long as you’re at least 50 years old, your height, weight, and appearance hardly matter. In fact, Andre-Basse emphasized, they want to see “real people” instead of “beautiful creatures.”

The lifespan of a model’s career is conventionally short.

“Nowadays, they start very young. I would say once you’re in your early 30s, it’s time to hang up your high heels,” said Pat Kraal, 59, PAM’s managing director. She used to be a top model in Singapore, having walked the runways of fashion houses including Givenchy and Christian Dior in Paris in the 1980s before retiring to raise four children. Decades after starting her modeling career, she finds herself now back in the game, standing on a new frontier and helping to bring senior faces into the notoriously exclusive industry.

Kraal remembers bringing up the idea of a senior modeling agency to her friends, many of whom used to be models themselves.

“Ninety percent of them were like, ‘Whoa, let’s do it. That would be so much fun, like the good ol’ days,’” she said. “There was a handful who were like, ‘Oh no, I’ve put on weight, wrinkles, I don’t look like I used to.’ And we were like, ‘No, but that’s what we are looking for.’”

“None of us are the same. We don’t wear the same size clothes that we used to when we were in our 20s. Of course, we all put on weight… so we are actually there to help them feel good in their skin.”

Many of PAM’s talents are former models—in the conventional sense—like Ping Sie’s husband, Steve Kiang, who modeled in the 80s but has been out of the industry for decades. The 64-year-old found out about PAM through Brandon Barker, the company’s co-founder and an old friend.

“It was kind of exciting because I have not done this for so long, and I just felt that since we are almost retired, it would be fun to have something to do on the side,” said Kiang. “We all know how many years we have left in our lives, especially in our 60s. And therefore, despite being healthy, life is short. So our mantra is always: As long as we can do it, just do it.”

“Our mantra is always: As long as we can do it, just do it.”

Age is often associated with wisdom, but senior citizens also find themselves marginalized, seen as not having the same mental or physical capacity as younger folks. In Japan, lonely deaths plague the elderly population, many of whom live alone with limited social lives—when they suffer from mishaps in their homes, their deaths are often undetected until someone goes looking for them. In Singapore, aging is still somewhat stigmatized, and mainstream perceptions of what the elderly can or cannot do remain narrow. With around 20 talents and counting, PAM hopes to continue to expand its philosophy of aging vivaciously and beautifully.

“[People] have approached us and said things like, ‘I always wanted to model when I was younger,’” Kraal said, adding that most put off this dream to take care of their children. “And now, most of them have grown-up children. They’re free, they’re probably retired, and they want to start modeling and fulfill their dream.”

Besides showing the rest of society that senior citizens are also model material, the modeling agency believes they are also helping senior models gain confidence in their aging journey.

“The other side of it is for models to be comfortable enough in their body, in their life, to face the new challenges because they are aging,” said Andre-Basse. “The whole message is we don’t want to be forgotten. We want to be part of life. We still want to show that we are there.”