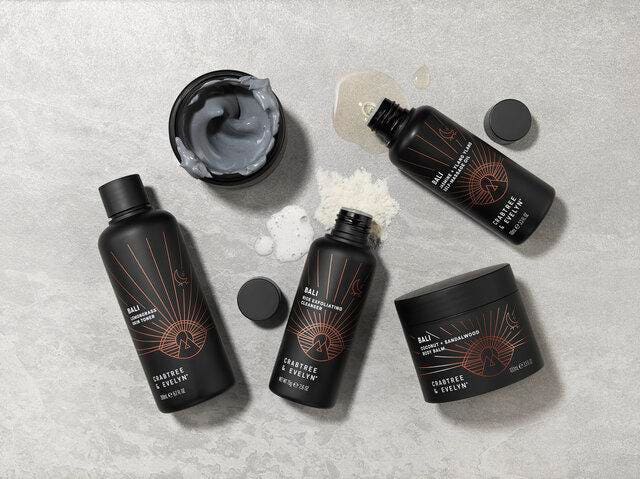 It’s not unusual for a company to make some changes at some point in its existence. An update to a catalogue, maybe a new logo or slogan, that sort of thing. Taking action to stay relevant is vital to the survival of any brand. However, it’s not a usual sight to see a company so set in its ways completely uproot itself and make a 180 degree turn into a brand new market. Not only is it bold, but risky, especially if what you had beforehand was something a sizable amount of people still loved. Yet this exact situation just took place, and it’s from a name you’ve likely not thought about for a while.

Crabtree & Evelyn, a name once synonymous with your grandmother’s hand creams and lotions, just underwent a major facelift. Well, two, if you count the move to online-only retail they made in 2019. Crabtree & Evelyn has taken nearly everything you knew about its antique, British feel and tossed it out the window, making way for a new, younger, and trendier version of itself, starting with a trip to the exotic world of Balinese culture.

Ashley DeSouza, the company’s Chief Brand Officer and Deputy CEO, was one of the minds behind this shift to something more modern. Joining the company around four years ago, she explains that the brand was a completely different animal, and practically stagnant.

“It was the old Crabtree, very much ‘grandma inspired’ in terms of branding and the product lineup,” she said. “What we did have remained stale for many years; there was no new innovation and it catered to the same customer that it had always catered to.”

DeSouza explains this new foray into a more chic market stems from the original mindset of Cyrus Harvey, the company’s founder, who based his products off of places he traveled to. In the same vein, DeSouza and a colleague did a bit of globetrotting to find a suitable first candidate to base their newest collection around, and hopefully turn their brand in a new direction. Some of these places included the Faroe Islands, Oslo, and Sri Lanka.

“I wanted to do more than what other beauty brands do when they say ‘This item is inspired by x location’ or ‘We found this ingredient from such and such place and we made a whole line based on it,’” she said. “My first goal was a true connection to the people and culture.”

DeSouza eventually chose Bali for that exact reason, citing a cliche “eat, pray, love” moment she experienced in her life that brought her there originally, and has visited the island 7 times in total.

“I had ended up there off of a business trip to Hong Kong while at my previous job,” she said. “I ended up having an incredible shift in my life thanks to a local man I met who has remained one of my best friends to this day. Now, every time I go I see him and his family.”

DeSouza says she’s never had the “tourist” experience in Bali, but has always been to places and done things off the beaten path that only a local would know offhand. This insider knowledge of the country and her personal connection made it an obvious first choice. The Balinese cultural idea of duality and balance, that the bad times are always followed by good times, was a message she felt people needed to hear.

“The real story I wanted to tell was about the people and about the culture; their happiness, their simplicity in their way of life, and I think right now with how chaotic our world is, we need that the most,”

So, what’s a part of this new collection anyway? It’s a mix of the things Crabtree & Evelyn has been doing since its inception, plus some new things that are actually a callback to their roots. A number of personal care products like coconut and sandalwood body balm and a volcanic ash face mask are all inspired by the island’s culture, the body balm in particular coming from DeSouza’s own experience with the holiday of Galungan, a religious holiday that involves a ceremony where a bamboo stalk is covered in coconut oil and the boys of the village must race to the top to grab an ornament in hopes of receiving good fortune.

Other products include lemongrass skin toner, skin exfoliator made of rice, a staple of Balinese culture, and a number of fragrant incense sticks.

Some of the more surprising additions to the line are a number of handmade accessories like knot hairbands, woven bags, jewelry, a ceramic mug, and wood carved bookends, all of which are crafted by Balinese villagers from all corners of the island. “We met a lot of amazing craftspeople over there, and we wanted to help them during this extreme downtime in their economy,” DeSouza said. The incense is also made by Balinese natives, with the specific scents being chosen due to their constant relevance on the island. DeSouza explains that the scents chosen are almost constantly permeating in the air, from the second you get off the plane to the second you step back on.

This is where the heart of the rebrand shows itself, as DeSouza admits that the overarching goal is to eventually become a lifestyle brand. This isn’t as out of left field as it may seem, as this is what Crabtree & Evelyn used to be in the old days.

“Back when Cyrus Harvey used to own the company, he used to carry jams and jellies, linens, robes, all this different stuff,” she said. “In order to authentically tell the story of the places we visit, we have to have a portfolio of what we call ‘souvenirs,’ since we want our customers to feel like they came on this trip with us. We’re already working on our next collection, and we have some absolutely gorgeous artisan goods in store for it.”

This journey into a new world is not without those who were left behind, though. In its quest to become a modern brand that attracts a younger beauty consumer, Crabtree & Evelyn hasn’t completely forgotten its roots. Some of the original creams and whatnot that the old guard customers still love remain in what’s called the cult collection, but a majority of the old catalogue has been cut, from 450 products to just 50 of the top sellers. But over time, these too will be phased out.

“We tried to appeal to both demographics when I first started, but we learned that this was almost impossible to do,” DeSouza said, acknowledging the danger in rebranding in a way that alienates your current customer base. “We had to make a decision to be either the old brand or the new brand. We couldn’t be both.”

Reaching this new customer base is an ongoing process, and is admittedly one of the hardest parts of the rebrand. By working with smaller influencers and utilizing a revamped PR strategy, the company seeks to reach its new audience in an organic way, rather than paying a few large celebrities to tell you how much you need this new cleanser.

The other hardest part, though, is seeing the reaction of the original customer base. Though most of the cut catalogue were redundant products, many an older lady has been shocked and appalled by the transition, and DeSouza knows this firsthand.

“A lot of mature ladies hate me, I’m their worst enemy,” she laughed. “I get handwritten letters in cursive writing telling me that I’ve gotten rid of the one scent that reminds them of their childhoods, and it breaks my heart because I really do care, and I feel bad!” That being said, she plainly said that Crabtree & Evelyn would not have survived much longer if the old course wasn’t changed.

DeSouza also said that the company is taking part in some charitable work as well, working with organizations relevant to the culture they showcase from here on. For this collection, they are giving 5% of their profits to the WAS foundation, which gives Balinese children english lessons, island cleanup, and more. They also work with a charity called Slyte, started by travel guru Matt Kepnes which gives underprivileged youth the opportunity to travel to another country. Crabtree & Evelyn has become the charity’s largest donor, recently funding a New Orleans school’s trip to Puerto Rico in full.

“We have this big, high-in-the-sky dream that if you go out and see how other people live and understand other cultures better, we can understand ourselves better, and in essence become a better world,” DeSouza said. “It’s a lot to ask from a personal care business that sells soaps and lotion, but to work for a brand that stands for something more than ‘I can help you with your face wrinkles’ is really what drives me every day.”