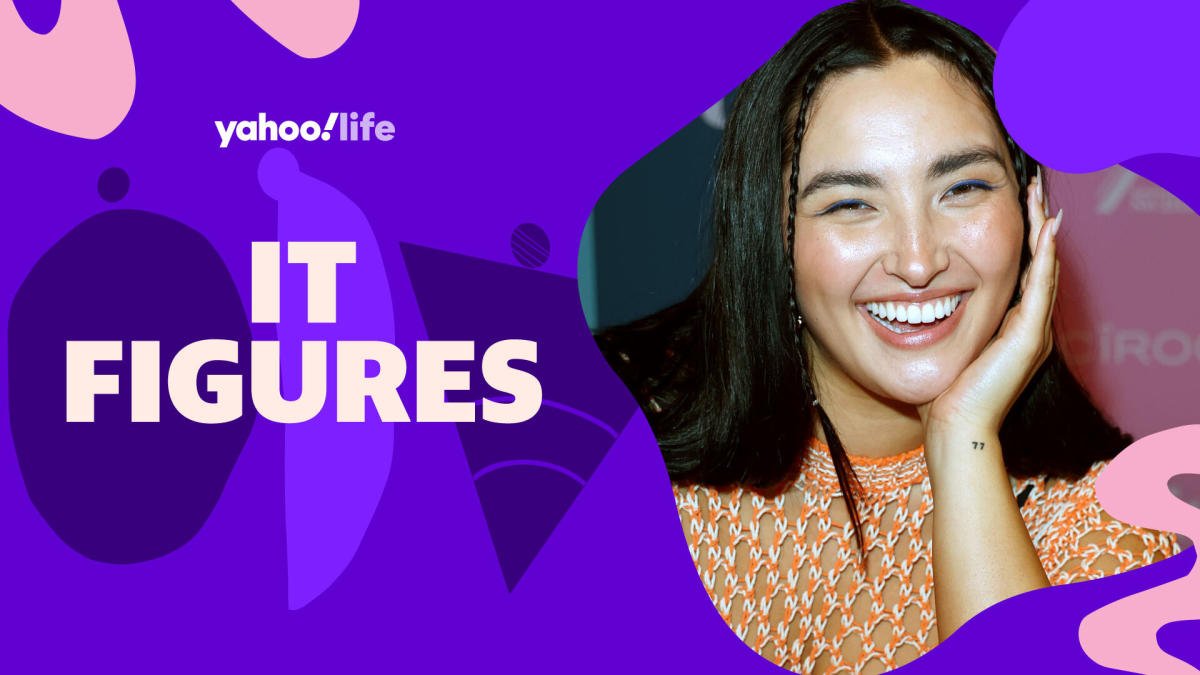 It Figures is Yahoo Life’s body image series, delving into the journeys of influential and inspiring figures as they explore what body confidence, body neutrality and self-love mean to them.

At 25, Yumi Nu has fought for the acceptance she’s achieved as a second-generation Asian-American representing plus-size women within a culture that has yet to do much for size inclusivity. Now she’s reaching a pinnacle moment in her career as she secured one of Sports Illustrated Swimsuit‘s cover spots for 2022. But her journey is far from over.

As a Japanese American woman, Nu recalls early conversations and cultural references that led to her forming a negative opinion about her body. She acknowledges it as a type of “generational trauma” that was internalized by her grandmother, who lived in Japan in her 20s and raised Nu’s mother within a specific cultural framework.

“My mom is a therapist, so she does so much self work and understands how cultural and generational trauma affects you and affects your children,” Nu tells Yahoo Life. “Even people in my mom’s generation can understand the body shame and some of the cultural dynamics that I think cage a lot of women and shame a lot of women into thinking that they’re not good enough, or that they have to be perfect.”

It’s an extension of the deep-rooted fat phobia that Nu recognizes throughout society and culture, but it’s affected her in different ways as she grew up in a predominantly white area in Maryland. She recalls struggling to accept her multifaceted identity and to embrace her different cultures. It took some time for Nu to realize that all of these things were intertwined.

“I’ve shoved down this part of my identity and being Asian for the longest time because it wasn’t really popular to be anything that wasn’t white until a few years ago. And I think so many people of color are going through that process of like, ‘OK, now the media is accepting us,’ which plays a huge role in how we feel about ourselves and in a messed up way, it’s given a lot of people permission to finally feel proud where they came from,” Nu says. “But when I started thinking about that and processing it and going to therapy and talking about cultural and generational trauma and how that affects my behavior and my problems that reoccur on a day to day and the way I feel about my body, a lot was clicking.”

These big concepts and Nu’s willingness to explore them coincided with a trip that she took to Hawaii in 2015 where she was feeling “fed up” with the restrictions she had placed on herself as a result of society’s beauty standards. She recalls wanting to jump in the ocean and feeling tired of how ashamed she would feel if she didn’t wear a T-shirt while doing so.

While Nu says she’s grateful for her mother’s influence when it came to doing self work and acknowledging the things that were holding her back, she also recognizes the liberation she felt when she first started following women on social media who were on body positive journeys. One of the first was fellow SI Swim model Hunter McGrady.

The people at the forefront of the body positive movement, who ultimately helped to make the messaging more accessible and mainstream, made being plus-size “cool,” “interesting” and most importantly “acceptable,” Nu says. But in exploring their journeys, she realized that they had to give that permission to themselves rather than expecting it from anyone else. As she got into modeling, she decided to do that same thing.

“I feel like I’m being the person that I needed when I was growing up,” she says. “And I think that alone is a very fulfilling feeling. You’re kind of healing some inner child wounds of not having any good representation of yourself growing up.”

Nu continues: “I think we could all agree on having not the best experience with seeing magazines and body shaming in the media and tabloids and internalizing all that and then becoming adults and trying to love ourselves and feel good about ourselves and we’re not a certain body standard.”

While learning to embrace her body and her multicultural identity, introducing a more inclusive standard to Asian countries became a priority for Nu.

“One of my biggest dreams was to be on the cover of Japanese Vogue,” she says. “Because it’s really, from what I can see, the last culture to hop on showing body diversity, race diversity, any diversity, in my opinion.”

For Nu, “if someone like me could be on the cover of Japanese Vogue, it means that they’re in a place to start opening up and leaving room for people beyond the beauty standard that they have right now,” she says. “And then it happened this year. And I was not prepared. I was like, ‘OK, Japan, let’s go. The time is now.'”

On the heels of that experience, Nu returned to SI Swim for her second year of being in the magazine. This time, however, she was surprised with the news that she is being featured on the cover.

“I’m trying my best to understand the magnitude because I think if I really think about it, I would not get off the floor,” Nu shares. “I’m still learning and healing through so many things myself. I’m in a good place and I feel powerful and I’m ready to be a role model in that sense. But I’m also just honored and humbled.”

Although Nu sometimes wishes she had gotten to this point of acceptance earlier in her life, she takes time to reflect on what her younger self would think of this journey.

“It depends on what age little Yumi is because maybe anything past like 10 I’d be a little bit rude to myself now,” she admits. “But I don’t blame that version of myself because I think everyone would react that way. I think she’d have a little bit of trouble accepting the fact that we’ve gained weight and now we’re a cover model. But I also think that’s the kind of mind that I want to change, that of myself when I was younger.”